Ever since humans could look up to see the sky, we have been amazed by its beauty and untold mysteries. Naturally then, astronomy is often described as the oldest of the sciences, inspiring people for thousands of years. Celestial phenomena are featured in prehistoric cave paintings. And monuments such as the Great Pyramids of Giza and Stonehenge seem to be aligned with precision to cardinal points or the positions where the moon, sun or stars rise and set on the horizon.

Today, we seem to struggle to imagine how ancient people could build and orient such structures. This has led to many assumptions. Some suggest prehistoric people must have had some knowledge of mathematics and sciences to do this, whereas others go so far as to speculate that alien visitors showed them how to do it.

But what do we actually know about how people of the past understood the sky and developed a cosmology? A scientific discipline called “archaeoastronomy” or “cultural astronomy”, developed in the 1970s, is starting to provide insights. This subject combines various specialist areas, such as astronomy, archaeology, anthropology and ethno-astronomy.

The pyramids of Egypt are some of the most impressive ancient monuments, and several are oriented with high precision. Egyptologist Flinder Petrie carried out the first high-precision survey of the Giza pyramids in the 19th century. He found that each of the four edges of the pyramids’ bases point towards a cardinal direction to within a quarter of a degree.

But how did the Egyptians know that? Just recently, Glen Dash, an engineer who studies the Giza pyramids, proposed a theory. He draws upon the ancient method of the “Indian circle”, which only requires a shadow casting stick and string to construct an east-west direction. He outlined how this method could have been used for the pyramids based on its simplicity alone.

So could this have been the case? It’s not impossible, but at this point we are in danger of falling into a popular trap of reflecting our current world views, methods and ideas into the past. Insight into mythology and relevant methods known and used at the time are likely to provide a more reliable answer. 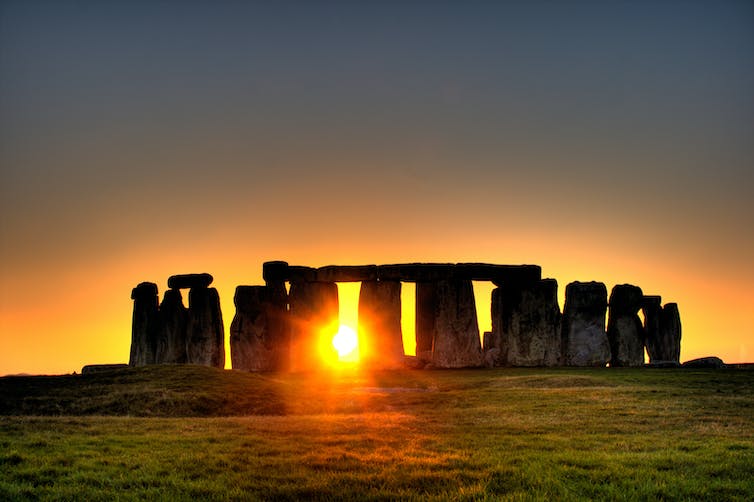 This is not the first time scientists have jumped to conclusions about a scientific approach applied to the past. A similar thing happened with Stonehenge. In 1964, the late astronomer Gerald Hawkins developed an intricate method to use pit holes and markers to predict eclipses at the mysterious monument. However, this does not mean that this is how Stonehenge was intended to be used.

To start understanding the past we need to include various approaches from other disciplines to support an idea. We also have to understand that there will never be only one explanation or answer to how a monument might have been aligned or used.

So how can cultural astronomy explain the pyramids’ alignment? A study from 2001 proposed that two stars, Megrez and Phad, in the stellar constellation known as Ursa Major may have been the key. These stars are visible through the entire night. Their lowest position in the sky during a night can mark north using the merkhet – an ancient timekeeping instrument composing a bar with a plumb line attached to a wooden handle to track stars’ alignment.

The benefit of this interpretation is that it links to star mythology drawn from inscriptions in the temple of Horus in Edfu. These elaborate on using the merkhet as a surveying tool – a technique that can also explain the orientation of other Egyptian sites. The inscription includes the hieroglyph “the Bull’s Foreleg” which represents the Big Dipper star constellation and its possible position in the sky. 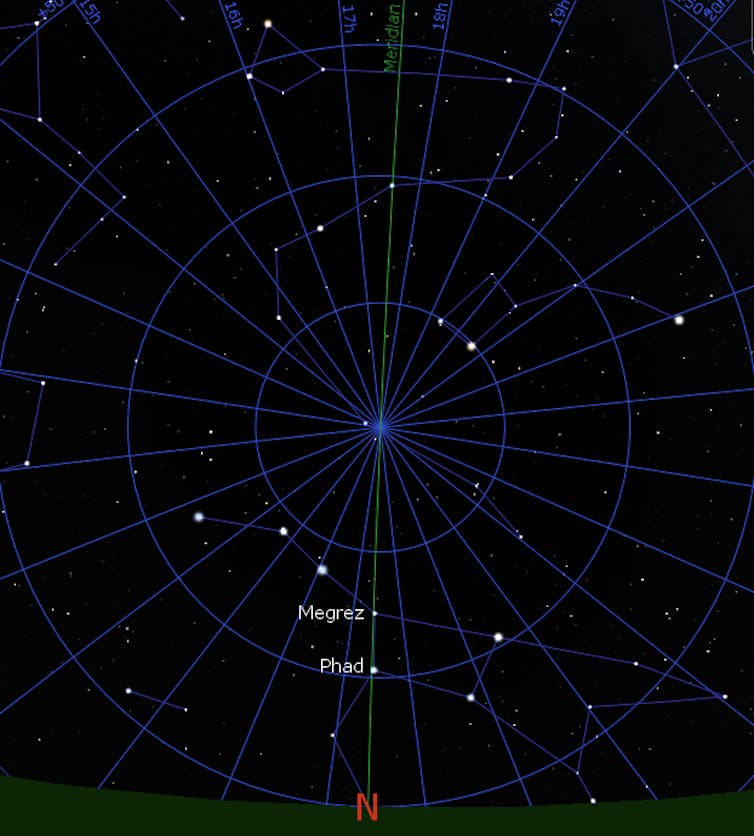 The use of the two stars Megrez and Phad of Ursa Major to line up with the cardinal north direction (meridian indicated in orange) as simulated for 2562BC.
Daniel Brown

Similarly, better ideas for Stonehenge have been offered. One study identified strange circles of wood near the monument, and suggested these may have represented the living while the rocks at Stonehenge represented the dead. Similar practices are seen in monuments found in Madagascar, suggesting it may have been a common way for prehistoric people to think about the living and the dead. It also offers an exciting new way of understanding Stonehenge in its wider landscape. Others have interpreted Stonehenge and especially its avenue as marking the ritual passage through the underworld with views of the moon on the horizon.

Cultural astronomy has also helped shed light on 6,000-year-old passage graves – a type of tomb consisting of a chamber of connected stones and a long narrow entrance – in Portugal. Archaeologist Fabio Silva has shown how views from inside the tombs frame the horizon where the star Aldebaran rises above a mountain range. This might mean it was built to give a view of the star from the inside either for the dead or the living, possibly as an initiation ritual. 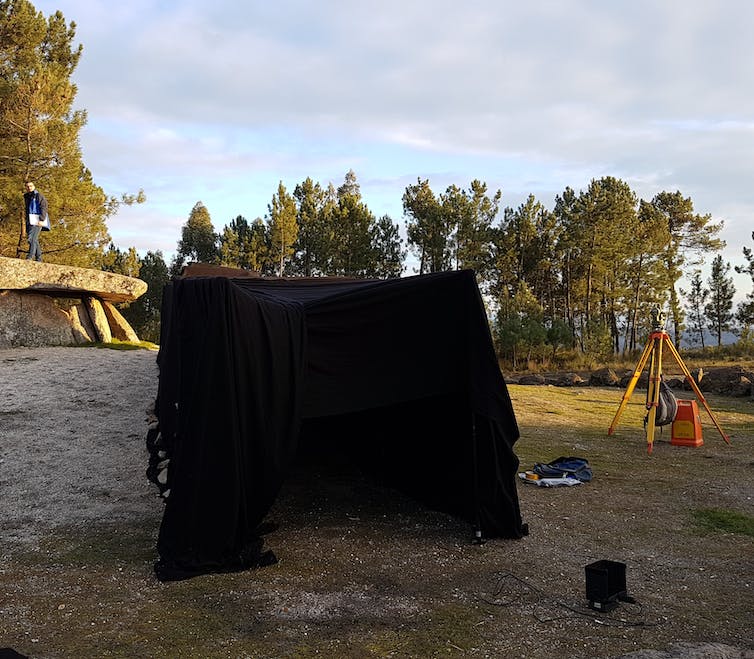 But Silva also drew upon wider supporting evidence. The framed mountain range is where the builders of the graves would have migrated with their livestock over summer. The star Aldebaran rises for the first time here in the year – known as a helical rising – during the beginning of this migration. Interestingly, ancient folklore also talks about a shepherd in this area who spotted a star so bright that it lit up the mountain range. Arriving there he decided to name both the mountain range and his dog after the star – both names still exist today.

Current work carried out by myself in collaboration with Silva has also shown how a view from within the long, narrow entrance passages to the tombs could enhance the star’s visibility by restricting the view through an aperture.

But while it is easy to assume that prehistoric people were analytic astronomers with great knowledge of science, it’s important to remember that this only reflects our modern views of astronomy. Findings from cultural astronomy show that people of the past were indeed sky watchers and incorporated what they saw in many aspects of their lives. While there are still many mysteries surrounding the meaning and origins of ancient structures, an approach drawing on as many areas as possible, including experiences and engaging in meaning is likely our best bet to work out just what they were once used for.