Every now and then, exceptional artists, thinkers or composers appear in bunches, like fruit on a tree.

The Italian Renaissance saw three greats all living at the same time:  Leonardo da Vinci, Raphael, and Michelangelo. Some extend this list of luminaries to eight.

Greatness in art is somewhat subjective but it does seem that the High Renaissance was a unique moment where various psychological, social, political, technical and spiritual elements came together to create something extraordinary.

Born in Tuscany, Michelangelo (di Lodovico Buonarroti Simoni, 1475-1564) was an Italian sculptor, painter, and architect and poet. Michelangelo was closely affiliated with and commissioned by the Christian Church for several works. His most celebrated works are his Pietà at St. Peter’s Basilica (1498-99), the marble David, sculpted in Florence in 1504, and the ceiling of the Sistine Chapel in Rome, painted from 1508 to 1512 under Pope Julius II.

Scholars have variously described his work as Neoplatonic and homoerotic.

But instead of the categories applied by lesser lights, what I find most interesting is Michelangelo’s own account. Seeing himself primarily as a sculptor, he says that while sculpting he simply removed the stone hiding the figure already within. 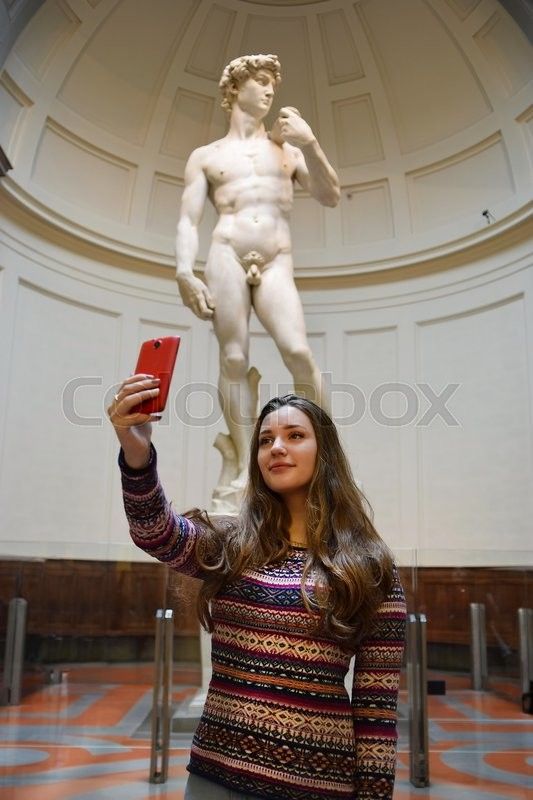 This arguably contains not only artistic and philosophical but also theological insight.

To discover the true person within, we must let life grind away our biases and imperfections. Not unlike a superb work of art, only then can the true self emerge and radiate God’s light. This isn’t just the ego, which many today identify with. Nor is it the so-called “inner child” championed by some New Age believers. Instead, it is the spiritual ‘seed’ which we can choose to either ignore or nurture. Here we find a lasting beauty and richness that makes everything else seem small and ephemeral—to include even the works of someone as gifted as Michelangelo.

Often hailed as the archetypal “renaissance man,” toward the end of his life Michelangelo’s Catholic faith deepened and the love of God became his prime mover, as it were.

Neither painting nor sculpture will be able any longer to calm my soul, now turned toward that divine love that opened his arms on the cross to take us in.¹

One thought on “Michelangelo – The Truth Within”