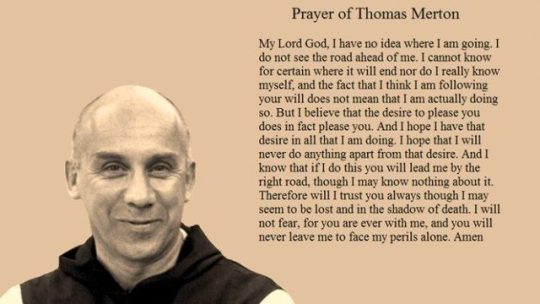 Opinion: The above links to a glowing story about how Thomas Merton was a champion of and is championed by interfaith luminaries. He’s often described as a mystic, an exemplar and a great figure who challenged the rigid structures of Catholic monasticism.

I hate to say it but I see him as a pretty regular guy, living in his own private hermitage, all paid for by an organization worth literally billions.

That’s not poverty. Poverty is not knowing where your next paycheck is going to come from, or whether you will even see a paycheck in the future, all the while trusting in God to see you through.

The other thing about Merton not mentioned in the above story is that he had a 25-year-old lover when he was over 50. Personally, I don’t see anything wrong with that. Both were of legal age. Gosh, I had a professor who married one of their students. S/he was the worst professor I ever had. But I don’t judge her/him on marrying her/his student.

Here’s a link to a story about Merton’s love life: