In Catholic teaching and practice, mental prayer is a type of inner prayer where

Often the two types of mental prayer overlap, as do mental and vocal prayer.¹

This all sounds fine and dandy but I am not convinced that a good number of Catholics practicing these types of prayer actually enter into any kind of profound intercession or spiritual ‘information processing,’ if you will.

To me, it seems that some emphasize the outward expression of prayer but without any real depth or substance. They are instructed to pray a certain way, at a specific hour, and they conform with little thought or innovation appropriate to the 21st century.

I could be wrong, of course. But that is the impression I get after being interested and involved in Catholicism since the early 1990s.

Also, there are exceptions. St. Faustina Kowalska, I believe, really did enter into a profound relationship with Jesus within standard church structures and methods of prayer. And it seems that some quiet people who humbly attend the weekday Mass are really quite spiritually evolved.

As Catholics would put it, they are well along the way in their “spiritual formation.”

One problem with my critique is that being a contemplative person myself, I am clearly biased in that direction. I studied in India and had a Hindu guru in the mid-to-late 1980s. So I tend to favor contemplatives over in-your-face extraverts.

My better judgment says that God creates and loves all different types of people. So what I say about apparently superficial Catholic prayers might contain some truth but also could be a hangover from student days in India where I was heavily invested in the guru-disciple ideal (which I mostly now reject). 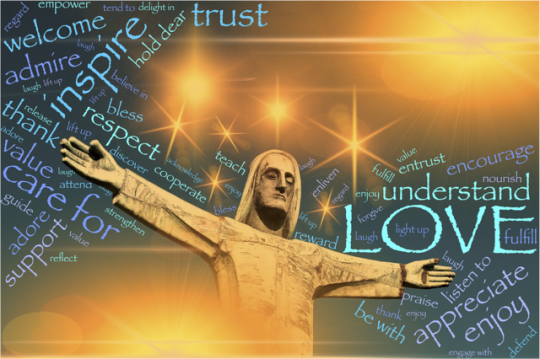 Today I try to remain humble and open to new discoveries. But I still can pick up unpleasant vibes from some conventional Catholics (I’m often one of those people standing at the back for a little personal space on crowded Sundays). And while I do not believe, as some say, that gurus are God on Earth, we can surely learn from one another, regardless of personal belief and character.

One thought on “Mental Prayer – It’s not what you think | Earthpages.org”