We are as fallible and as vulnerable as anybody. 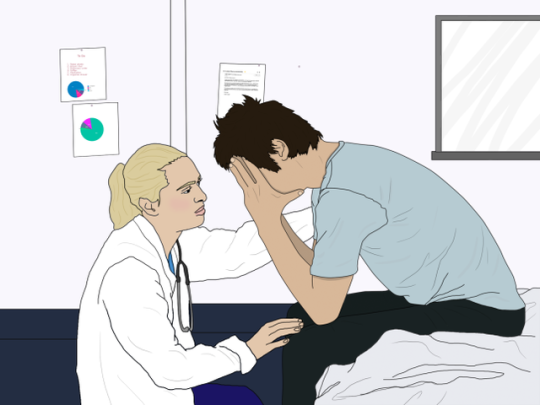 Having bad days is IMO is pretty normal. But sometimes those bad days can throw us off a bit. At times like that, we need something to fall back on. Something we really love and which loves us. For me that’s God. But it’s also activities and hobbies I enjoy. God works through those processes as well.

The other day began great but turned into a bad day. First thing I did after an upsetting event was to go out and get a haircut with a lovely stylist who had a clean, uplifting presence (some people up close can feel a bit spiritually creepy or ‘hot’ to me). Second thing I did was have a nap. Third thing was talk about it. Fourth thing was to watch a favorite TV show. Fifth thing was to blog and work on my blog’s appearance.

Early the next morning I went to a morning Mass and met someone new. Afterward, we talked about the tensions between secularism and religion.

Today I feel invigorated and even enriched by that bad day and see it as part of a greater plan. God’s plan.

True, I’m not a psychiatric nurse and don’t have to report to a certain location every day. But I do have responsibilities and have to deal with bad days and the same ol’ array of people… pleasing and otherwise. And I think if some people looked to a bigger, spiritual picture instead of blindly accepting reductive biochemical models of the self, they’d be better off.