R. D. Laing (1927-1989) was a Scottish existential psychiatrist whose views about the psychiatric classification and treatment of mental illnesses remain influential within anti-psychiatry groups and among some humanities students.

In The Politics of Experience and the Bird of Paradise (1967), Laing makes a case for the inner adventurer, saying that Western culture tends to exalt outer-worldly explorers like Christopher Columbus and Neil Armstrong while denigrating inner-worldly pathfinders.

Outer adventurers are usually high-risk takers and may die from their dangerous activities. We only need to think of the tragic outcomes of Apollo I, Challenger and Columbia Space Shuttles. But as a culture, we would never say the deceased in these terrible tragedies were mentally ill for taking such high risks. Rather, we regard them as heroes.

Laing argues this is not the case with inner adventurers. When inner adventurers fail to achieve worldly recognition we tend to describe them with unpleasant sounding words that effectively rob them of their intrinsic human dignity. (Vincent Van Gogh comes to mind as a possible exception here, although his genius was not fully recognized until years after his suicide).

For Laing, this is an overall cultural process but festers within an unhealthy family dynamic because – as any sociologist will tell you – families tend to reproduce cultural norms.

Like the sociologist Erving Goffman, Laing looks for tacit, largely subconscious strategies within families to scapegoat a given family member as ‘ill.’ Unresolved complexes, tensions and dysfunctional family dynamics are thrust upon the scapegoated individual who is seen as ‘sick’ and unfortunately bears the brunt of the whole family mess.

From a spiritual and religious perspective, this view relates to the Hindu idea of karma transfer, along with the Catholic belief in ‘victim souls’ and the ‘taking of sins.’ Historically speaking, the dynamic also calls to mind the ancient – and sadly in some places current – social practice of community scapegoating.

In his unorthodox research as a psychiatrist, Laing tried to discern and reassemble encrypted patterns of meaning within the apparently nonsense utterances of schizophrenic speech.

Laing believed that ideas about madness rely on biased interpretations of largely misunderstood behaviors and experiences. By the same token, as a doctor he did try to cure patients, which implied that his own way of interpreting reality was more authentic than that of his clients.

Like him or not, Laing’s work raises worthwhile questions about social power, conformity, the status quo, deviance and contemporary beliefs about mental illness.

Laing’s opponents tend to accept a medicalized view of mental illness qua illness, saying it is a serious, difficult and potentially life-threatening issue. They also say that Laing and other anti-psychiatry groups advance a romanticized, one-sided scenario and make untenable claims that don’t fit with the vast majority of cases. 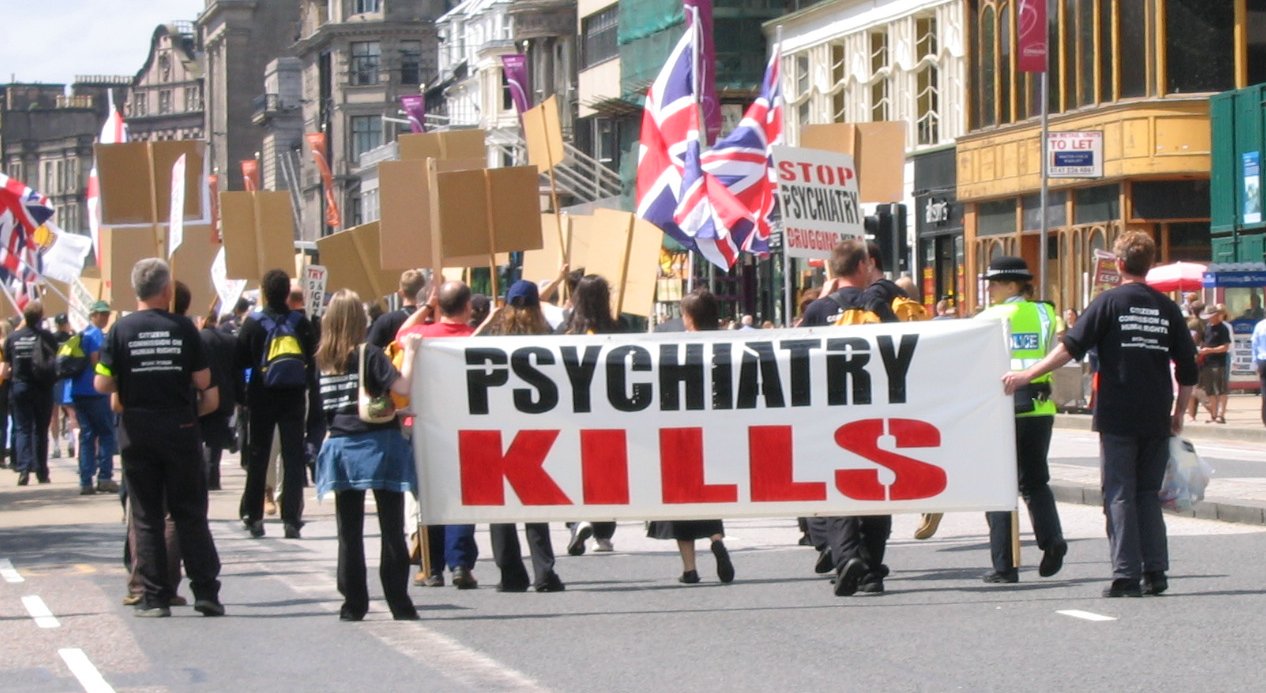 The only problem with the “life-threatening” medical critique of Laing’s perspective is something that any philosophy 101 student would see: Even if mental discomfort is potentially dangerous (which it often is), it does not necessarily follow that the roots of the discomfort are exclusively medical.

As I often say, medical doctors tend to be pretty good at memorizing complex biological processes. But critical thinking outside the medical box?

That’s why we still need the humanities. Funnily enough my favorite family doctor, now deceased, also had a Ph.D. on Immanuel Kant which he modestly displayed in the corner of his examination room.¹

¹ (a) Not to say that everyone in the humanities is playing with a fair deck. Sometimes the deck is loaded. See the final paragraph in https://epages.wordpress.com/2019/07/25/farewell-to-the-language-gods

(b) Further to the title of this piece: https://www.goodreads.com/book/show/993238.Knots