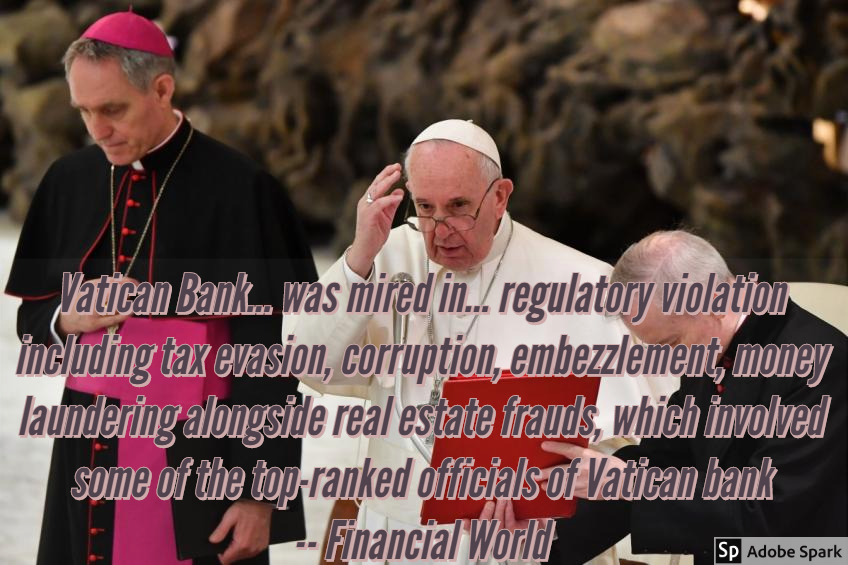 On Saturday, the 10th of August 2019, the Vatican Bank had witnessed a swath of new regulatory changes yielded by Pope Francis, including a mandatory external audit alongside other changes in the statutes

Opinion: Will Mr. Bubble be able to clean up the bathtub ring? I personally doubt it. These types of individuals are clever and connected. They will probably find new ways to ‘clean up their act.’

If you don’t know who Mr. Bubble is, you were probably not born on North American soil, or you were but in the late 70s or beyond.  For us North American oldtimers, Mr. Bubble was a kid’s bathtub soap that “cleaned up the bathtub ring.”

I never forgot this commercial. Sometimes kids pick up on things while only later in life truly understand what they fully meant.