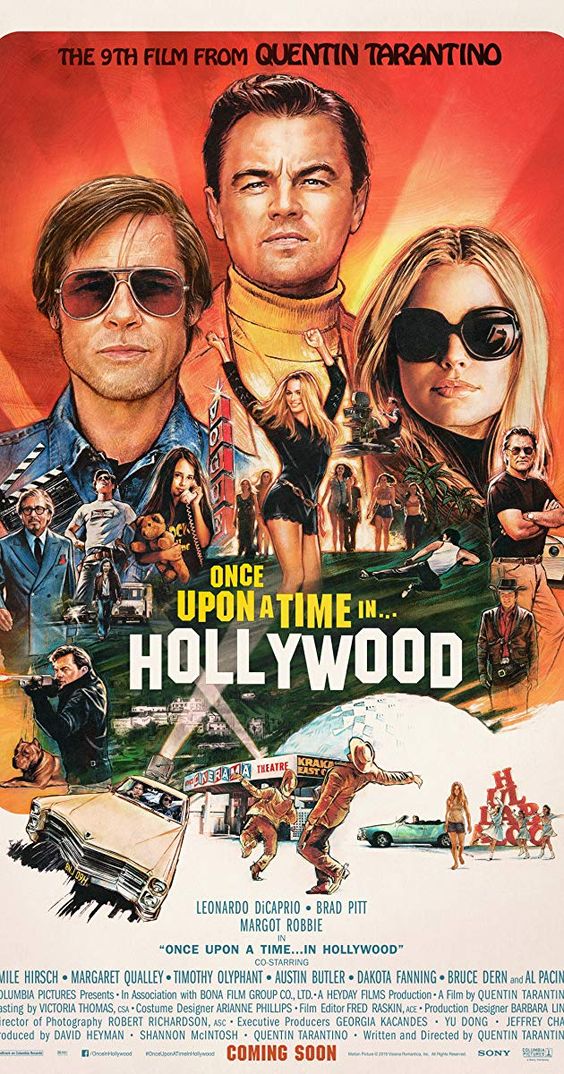 Quentin Tarantino is known for his edgy and satirical take on violence which most people can only stomach within the context of a novel, videogame, movie or TV show.

I harp on Carl Jung a lot not only because I did my doctorate on Jung but because his views have informed my understanding of the human psyche.

Tarantino is like a hyperreal, mega-Jungian, expressing the shadow elements of Western society with striking cinematography and A-list actors.

In this sense, Once Upon a Time in Hollywood fits with his earlier films but this time around Tarantino seems to be writing his ideological memoirs. The flick comes off as a retrospective of all that he liked and would have liked in a particular moment of American cultural history.

We follow a boozy actor on the downslide who can’t remember his lines (Leonardo DiCaprio) and his loveable sidekick (Brad Pitt) along with the rising star Sharon Tate (Margot Robbie).

In real life, the pregnant Tate and her unborn baby were murdered by the Charles Manson cult. Watching Tate enjoy her success while anticipating her fate is upsetting, to be sure. And the depiction of the zombie-like Manson Family – especially the women – just adds to the creepiness.

But that’s what Tarantino wants. He wants to artistically expose and get revenge on the demented screwballs who make life miserable. It’s not really a spoiler to say there is a scene where Nazis get torched from a balcony by a flame thrower; it’s in the trailer. And that little scene foreshadows much to come, later in the film.

Many of us can probably relate to Tarantino’s desire to make things right, if not in harsh reality at least in a fictional, alternative universe. When someone wrongs us, the only form of justice we often get is through representing the travesty. Wronged lovers write poems, downtrodden souls sing songs or take to the streets…

If this film has an Achilles heel it is probably the pacing of the overall plot. The storyline throws a lot of tangential elements out there and gradually draws them together. But it takes a while. And we never really get inside any of the characters heads. Instead of identifying with just one protagonist, we watch a kind of freaked out, alternative documentary on, as I say, Tarantino’s slice of the late 60s.

Definitely worth watching. I don’t know if it would work on the smaller screen of home TV. Once Upon a Time gets a teeny bit dull here and there but the awesome cinematography, sparkling performances and sheer volume of cultural snippets save it.