The psychology and philosophy of Batman’s Joker. 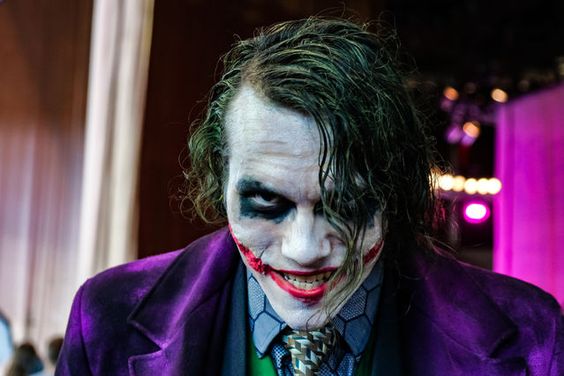 One quote from this article sort of leaped out at me:

What I will say is that, unlike people with a mental illness such as bipolar disorder or schizophrenia, the Joker is consistent, calculating, and purposeful, and does not appear to suffer, or at least not directly, from his “condition.”

Here’s a supposedly holistic psychiatrist tossing around creepy sounding labels as if they had some kind of eternal verity to them. In reality, however, these labels are potentially harmful caricatures based on a mostly materialistic and extremely conventional view of the psyche and existence.

I have written about this over the years in academia and generally, my arguments were well received. Never have I romanticized psychological suffering or made light of violence coming from individuals not grounded in themselves and God.

But when I try in the 21st century to talk about this issue in a meaningful way, it seems most people’s minds are made up.

Were their minds made up by themselves or by what they were told by the media, their doctors and Big Pharma ads?

Today the Canadian PM Justin Trudeau is rightly apologizing for using makeup in costumes. Meanwhile, nobody is apologizing for using nasty pseudo-scientific names that can upset and hurt people. In fact, a progressive social consciousness about the problem has hardly developed. And in those places where it has, the voices are often too angry and one-sided to be of any real impact (e.g. Mad In America).

The above-linked article concludes, with the help of Nietzschian categories and Jungian ideas, that integrating the supposedly wild (Dionysian) and the orderly (Apollonian) sides of humanity will somehow advance civilization. Maybe. But just because Nietzsche and Jung say something doesn’t necessarily make it true. In fact, these apparently discrete categories have been critiqued by classical scholars.

Aside from that,  what about the idea of rising above darkness and disorder?

Be wise as serpents and harmless as doves (Matthew 10:16).

To me, that’s the best choice. Now and forever.