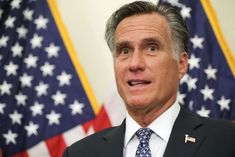 As Pierre Delecto, Romney used the account to like critical tweets about the president while also occasionally defending himself against detractors.

Opinion: We can look at this two ways. Using an alter ego on the internet can indicate a kind of desperate need to express oneself in a repressive situation. Or it can signify a lack of integration and cowardice when someone is not willing to take the heat for expressing their true beliefs. Perhaps in some cases it is a bit of both.

Myself, I used personas extensively at the original davidbowie.com site to express things I felt important and which were having a negative impact on my life.

Bowie encouraged the use of personas, so it wasn’t a sneaky thing. God bless him.

But as I grew older and matured, I realized that it is far more challenging and rewarding to stop hiding out like a fugitive, and just say what you mean and mean what you say — in your own name.

So that’s what I do today. And I feel good about it.