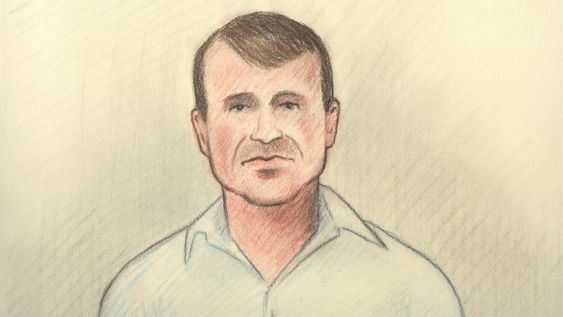 He hasn’t been proven guilty in a court of law but I was surprised to read this headline. Here’s a potentially damaging series of actions that could jeopardize not only security within Canada but around the world. The judge’s response?

Okay, you’ve been a bad boy, go home to your parents. You’re grounded. No internet, no passport, and no more revealing sensitive info to foreign powers until we get a chance to get you back in court!

If this were The States I wonder what would have happened. Guantanamo Bay?

Well, maybe not. It always depends on how rich and connected you are.

The problem with Canada, as I see it, is that it is already seriously compromised, so there’s always a chance that this guy could be guilty but still get off scot-free.

Truth is often stranger than fiction.

I took a lot of heat over the years for suggesting that Canada was in trouble. People thought I was paranoid or, worse, mentally ill. In some instances, I think calculating crooks actually want people to see whistleblowers this way. What better way to get away with their crimes than to try make their opponents look crazy? Just marginalize and do your best to make the challenger look like a madperson.

This scenario particularly pissed me off because my grad studies attempted to reduce stigma for those who are more sensitive and insightful than most. That agenda was clearly outlined in my original plan of study, and everyone in power had read it before I was admitted for studies.

Thank God – for me and Canada – the truth is finally coming out.

Let’s just hope that responsible people will do the right thing so morally deficient kreaminals¹ don’t swamp this country entirely. If Canada goes under, it would be a great power base for espionage and other hostile acts to expand beyond our humble borders.

¹ I realize “kreaminal” is not an everyday term. My father was the Dean of Business at Ryerson University and did volunteer work with CESO in the 90s. He and my mother went to Russia and formerly Russian occupied countries after the fall of the Berlin Wall. Dad was trying to help newly liberated Europeans develop legitimate businesses. And naturally, they didn’t have a clue after being behind the Iron Curtain for so long. Some of my dad’s law-abiding Russian friends told him that the “kreaminals” were everywhere in their country. Hence my use of the term. It comes from the source.