I asked myself, “How can you dress one way in one place and a different way in another?” To have one identity at “home” and another one when I was away felt off. It felt contradictory.

Source: I Learned Who I Am in the Greek Islands – Chanukah & Kislev 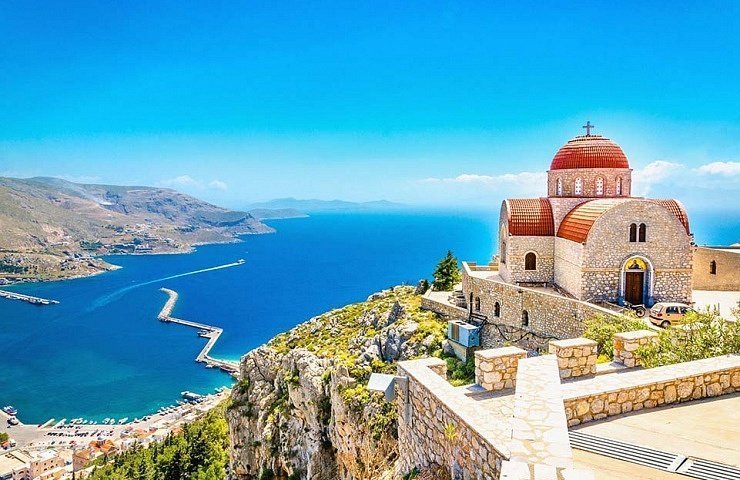 The lady in question didn’t find herself sacrificing at the temple of Apollo. Instead, she discovered that her truest self and Jewish faith were one and the same.

This story is personally interesting because I too studied in a foreign land – in my case India – and encountered some of the same questions and concerns about dress—that is, clothes.

Some of my fellow foreign students went whole-hog and got fitted out for and wore Indian attire from head to toe.

I never did that.

Instead, I came up with a kind of synthesis. I bought an Indian shirt (kurta) and wore it with my blue jeans or western-cut cotton pants. Most Indian people think men wearing shorts is “brash” so you need to wear long pants even on the most scorching days of summer. It was an inconvenient habit in my view but, of course, I went along and sweltered with the rest of them.

Soon after I went to a friendly roadside tailor with some lovely fabrics from Orissa I’d picked up and asked him to duplicate a Brooks Brothers short-sleeved dress shirt which I’d brought from home (actually purchased in NYC by my brother). The tailor did a marvelous job so I had this American cut realized with exclusively Indian fabric and patterns. And I did the same thing with some western-style khaki pants and soft, Indian cotton.

In private and around the bungalow complex where I lived, I wore a lungi (a thin, soft cotton towel) with a tee.

So that was my outside appearance.

On the inside, I was changing rapidly. Unlike some travelers who go to foreign lands, wear the local dress but take their stiff-necked opinions along with them, I was opening and opening and opening, as it were. I often felt so comfortable in India that I would joke with the Hindu inhabitants that I’d had 99 Indian lives and one Canadian life!

They, for the most part, believe in reincarnation so it wasn’t a weird thing to say, as it might be construed here among some regimented minds ignorant of (or strangely enough, sometimes within) Religious Studies, the discipline under which I’d do my Ph.D. in Ottawa, Canada.

All in all, it was a good time and I liked life in India.

Towards the end, however, I was starting to feel spiritually heavy – for lack of a better way of describing it – and felt I had to return to my home and native land.

The transition was anything but easy.

But I won’t go into that here.

Fast-forward to today, where I find that what I wear takes on a whole new meaning and purpose.

It’s not so much about “defining my identity” but more about trying to do the right thing.

What we wear gives off so many symbolic messages about class, status, and power… not to mention our sense of style and overall sexiness.

So whatever situation I find myself in, I try to discern not so much the message that I, myself, might like to give off, but rather what I think is called for – not necessarily socially but rather spiritually – in a given situation.

It’s a different kind of mindset. But if we make our lives an act of trying to follow God, then we really should be more concerned about what God wants us to wear instead of what we ourselves might wish to don.

I’m not saying I’m perfect at this or that vanity never creeps in. Of course, it does. But my general orientation regarding “the garb” is more about divine service than mere self-aggrandizement.

At least, that’s what I often tell myself. 🙂