The psychic claims that the reason for Johnson’s victory in the UK general election is a spoon that belonged to former Israeli Prime Minister Golda Meir, which he passed on to Johnson. 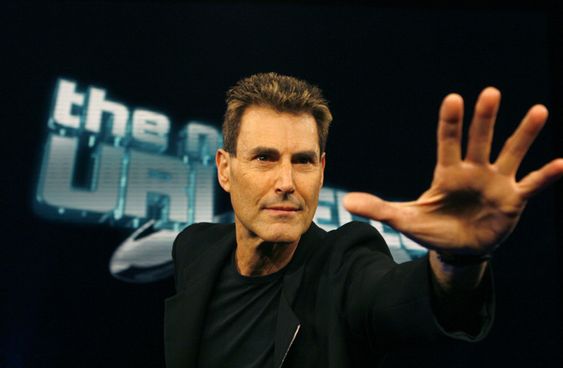 I don’t know if Geller has ‘enhanced abilities’ but it seems like he’s got a knack for marketing himself! This guy not only looks young – Deepak would certainly approve – but has been around since at least the 70s.

Bending spoons would easily be achieved with a bimetallic strip. We learned that in high-school chemistry. However, some skeptics say Geller uses another kind of sleight of hand. Others enthusiastically claim his powers are real.

Johnny Carson, who grew up practicing magic tricks, was a skeptic. Despite Geller being debunked on Carson’s Tonight Show, a gullible (?) public still propelled him to stardom.

In 1973, Geller appeared on The Tonight Show Starring Johnny Carson, and this appearance is recounted in the NOVA documentary, James Randi – Secrets of the Psychics.[a][b]

In the documentary, James Randi says that “Johnny had been a magician himself and was skeptical” of Geller’s claimed paranormal powers, so prior to the date of taping, Randi was asked “to help prevent any trickery.” Per Randi’s advice, the show prepared their own props without informing Geller, and did not let Geller or his staff “anywhere near them.” When Geller joined Carson on stage, he appeared surprised that he was not going to be interviewed, but instead was expected to display his abilities using the provided articles. Geller said “This scares me.” and “As you know, I told your people what to bring.” and “I’m surprised because before this program your producer came and he read me at least 40 questions you were going to ask me.” Geller was unable to display any paranormal abilities, saying “I don’t feel strong” and he expressed his displeasure at feeling like he was being “pressed” to perform by Carson.[29][70]:8:10 According to Adam Higginbotham’s 7 November 2014 article in the New York Times:

The result was a legendary immolation, in which Geller offered up flustered excuses to his host as his abilities failed him again and again. ‘I sat there for 22 minutes, humiliated,’ Geller told me, when I spoke to him in September. ‘I went back to my hotel, devastated. I was about to pack up the next day and go back to Tel Aviv. I thought, That’s it – I’m destroyed.’[71]

This appearance on The Tonight Show, which Carson and Randi had orchestrated to debunk Geller’s claimed abilities, backfired. According to Higginbotham,

To Geller’s astonishment, he was immediately booked on The Merv Griffin Show. He was on his way to becoming a paranormal superstar. ‘That Johnny Carson show made Uri Geller,’ Geller said. To an enthusiastically trusting public, his failure only made his gifts seem more real: If he were performing magic tricks, they would surely work every time.[71]

Geller’s latest claim to fame reminds me a bit of the Indian mystic Sri Aurobindo. Aurobindo wrote that he helped the Allies win WW-II by virtue of a meditative force. While possible, I get the impression that Aurobindo was suffering from ego-inflation.

I don’t get that with Geller. But helping Boris Johnson win the election with a special spoon? Well, cummon!