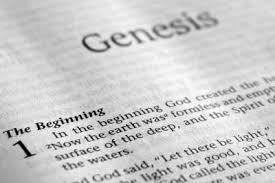 Should I write an introduction to this thought-provoking work by Rabbi Allen S. Maller? Maybe I should just let the words stand alone and not inject my particular opinions and beliefs beforehand. However, as a believing Christian, am I not called to uphold what I believe in?

Hmm. This is a dilemma I am faced with on an almost daily basis with a wide variety of people. My solution is to respond in a situation-specific manner. Sometimes I can be sublimely diplomatic and, as some will no doubt agree, other times quite blunt in voicing my disagreement especially about topics deemed spiritual or religious.

Right now I’m feeling like letting my own views ride. There is so much uncertainty about matters of ultimate reality, cosmology and eschatology, sometimes it’s best just to listen.

But I should at least say that for many people the story doesn’t end on this Earth. Nor does the goal. We symbolically ‘lose our lives’ here so we can gain a new life in everlasting heaven. That might sound like a pipe dream to some. But to me, it makes ultimate sense. Eternal sense.

So I guess I did inject my own views, after all. I’m trusting Rabbi Maller won’t mind my being candid. We don’t get anywhere in religious dialog if it’s all just a lot of polished, politically correct fluff (I saw enough of that at university, believe me)!

No, we have to keep it real. Real and respectful—even if sometimes we need to be, as the old song goes, “cruel to be kind…” which thankfully, I don’t have to be here.

Reading Rabbi Maller’s verse was actually a bit of synchronicity for me because I recently downloaded a simple and free Catholic epub Bible for my tablet. I’m loving starting all over again. And guess where I’m at?

Preface to Genesis for a New Decade

Before there was matter and energy,
before there was space and time,
there was only the one God.
The Infinite One was unlimited.
All was in harmony.
All was perfect in the realm of unchanging being.

But there was no growth,
no evolution,
no challenge
and no choice.
Worst of all: there were no relationships.
The realm of becoming did not exist.

Then God was no longer alone.

But since creation must be finite,
limited by the laws of nature and free will,
creation was flawed.
Filled with fractures, tears and cracks.

Challenge and change meant that harmony
was replaced with competition and conflict.
Free will meant that errors and evils
replaced perfection.
Limits were imposed on knowledge and life.

In this process both the Divine One,
and the creatures
created in the Divine image,
would grow together.

So that when the Messiah arrives
with congratulations from the Divine One
for having done our part to
create peace and harmony on our planet,
as other creatures have already done on their planets.

Then it will be, as it was before the beginning,
and God’s name will be One.

May we be the people and this be the decade,
when this universal healing, free will harmony-Shalom,
starts to become that beginning.

Allen S. Maller is an ordained Reform Rabbi who retired in 2006 after 39 years as the Rabbi of Temple Akiba in Culver City, California. His web site is: http://www.rabbimaller.com. He blogs on the Times of Israel. Rabbi Maller has published 400+ articles in some two dozen different Christian, Jewish, and Muslim magazines and web sites. He is the author of two recent books: “Judaism and Islam as Synergistic Monotheisms’ and “Which Religion Is Right For You? A 21st Century Kuzari”.

One thought on “Preface to Genesis for a New Decade | Rabbi Allen S. Maller | With Introduction by Michael Clark, PhD”