Facebook CEO Mark Zuckerberg has taken a defiant stand against his critics, saying the site would stand up for free expression, even if it pissed people off. Earlier this year, Facebook announced that it would not ban political ads which lie to voters, and in what was seen as an abdication of responsibility. 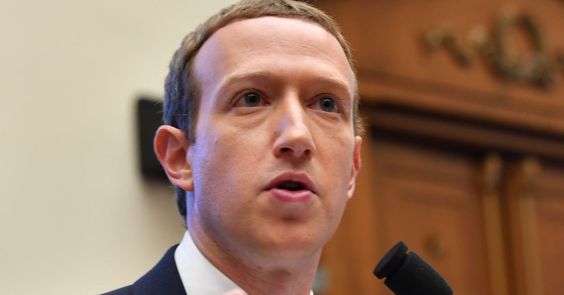 Source: Zuckerberg Spins Indifference to Truth as a Commitment to ‘Freedom’ | Digital Trends

Whatever happened to the phrase, “DO YOUR HOMEWORK”?

It seems so many people are getting accustomed to the nanny state that they now want ‘regulators’ to tell them what’s a good argument vs. a bad one.

The problem with regulation is that several factors can creep in to make censorship decisions harmful to the pursuit of truth. Here are four that just came to mind:

I’m sure I will think of more as the day progresses. But I’d like to look at “living in bad faith” which probably is often aligned with “corruption.”

The concept of Bad Faith was developed by existential thinkers to describe a condition where someone knowingly lies and puts out a false front. They not only lack integrity but have also compromised their innate freedom.

True, we are free to lie and be false but the problem with that is it gnaws away at the liar’s well being, making them moody, depressed and even suicidal.

That may sound strange but it actually happens fairly often. People make bad choices, align themselves with hostile actors and get mired in scenarios that they cannot – or do now want to – extricate themselves from.

And sadly, these people often hold positions of power and influence because they have basically sold their souls to make a buck and rise among the ranks.

A young student aligns themself with a professor known to be an international money-launderer. Almost like something out of The Screwtape Letters, the student senses an odd, sinister power and sits in the professor’s office all day, soaking up the bad vibe that ultimately will ruin them.

Well, they may get a teaching job by virtue of becoming a stooge for the violent criminal who hires them. But oh, what a dark, miserable, and conflicted existence they have.

The stooge will be deeply jealous of anything good and sincere. And even though they secretly admire people who try to make things better, they must publicly ridicule them.

Because they’re a conflicted soul, just like the sociopathic manipulator who hired them. And as any devout person will know, people like that are naturally hostile to the light of truth, love and justice.

Now, to take this hypothetical example of bad faith a little further, let’s say the younger stooge has an interest in social media and thru craftiness and cunning manages to land a position on a government regulatory board. Here we would have a furtive criminal telling us what is “acceptable” and “unacceptable.”

The hypocrisy could be no worse. In fact, this would not be about an individual with bad faith. Instead, an entire social apparatus and the democratic ideals upon which it was founded could be reduced to a pathetic farce. A dark mockery of itself.

So yeah, I am with Zuckerberg on this one. DO YOUR HOMEWORK and decide for yourself what’s real or fake. If we allow potentially corrupt and conflicted regulators to dictate ‘truth’ to us, then we could really be in trouble.