in this remarkable video series, The Story of Medieval Britain. 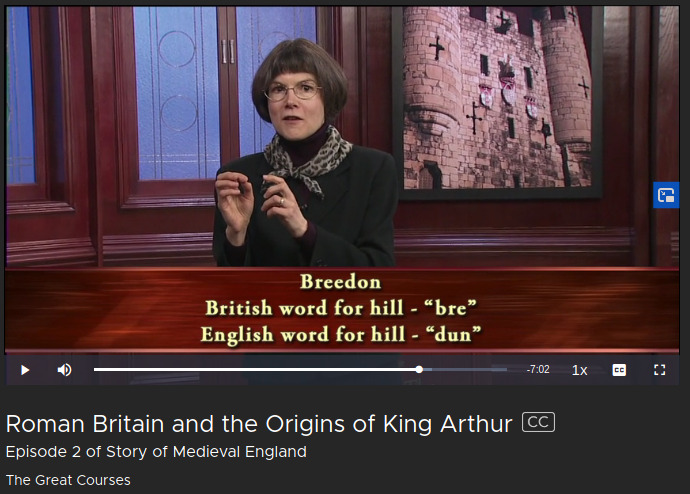 I’ve only watched the first two episodes but am already hooked. Jennifer Paxton Ph.D. is lively, knowledgeable and strikes a great balance between detail and accessibility. And so far she’s stayed away from the low-end sex jokes that some professors in The Great Courses make in an attempt to seem hip and relevant. Nothing wrong with low-end sex jokes. But people on that plane do tend to get boring after a while.

One of the more interesting debates professor Paxton highlights is whether the Germanic peoples came to Britain as violent conquerors or as sneaky infiltrators. This point really resonated with me today. As I have suggested elsewhere, my own country in the 21st century seems to be almost under siege by hostile operators.

The maddening thing is, very few Canadians seem to recognize this unsettling development or perhaps the scope of the problem. So this particular ‘occupation’ in my opinion would definitely fall under the ‘sneaky infiltration’ type, just like the theory proposed about the Germanic peoples coming to Britain so many centuries ago.

History doesn’t really change. Technology does. But the wiles of morally deficient operators stay more or less the same.

One thought on “Steady infiltration or sudden conquest? – One of the questions asked…”