Our desperate pleas for a clear sign from the heavens may be answered already. 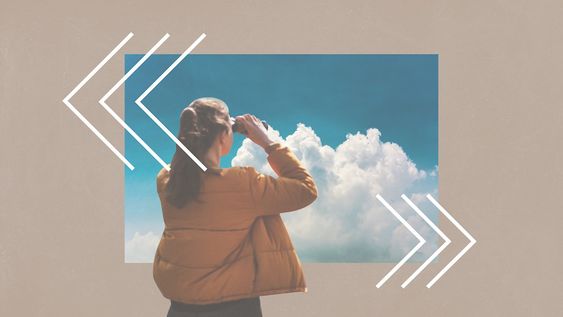 Source: God Will Not Speak to You Through Skywriting | Christianity Today

After I was “shafted” by the university – the Department Head’s words, not mine – I was forced to move back in with my parents after two years of desperately seeking employment within an academic system which for all intents and purposes, seemed to have some hidden monster blackballing me from behind the scenes.

It was a terrible time. I mean, moving in with your parents after winning scholarships to study in India and to do a doctorate in Ottawa? Talk about a comedown.

But as it turned out, it wasn’t so bad once I got used to it. My father became ill, needed help and I was there.

I remember wondering what the heck I was going to do for a living now that I had seemingly been blackballed by a monster operator.

Actually, I have the same nagging issue today. It is not always easy but my faith keeps me going.

It will all work out, maybe not in the way I would want but it will work out.

So what does this have to do with God not speaking to us through skywriting, as the above-linked article suggests?

Well, around this time I was riding my bike downtown on the old Front Street, east of the downtown core. This was before a major development project and it was a nice, atmospheric region of the city.

I had taken my camera with me to get some urban shots and looking up overhead I saw a blimp streaming a large banner which read:

THERE IS A BETTER LIFE FOR YOU!

So in my vulnerable position – being seemingly blackballed – I wondered if perhaps this was God’s way of saying I should go into photography to make a living. I had always liked photography but only owned an entry-level digital camera. To go into photography as a pro would require a serious investment—SLR camera, lenses, etc.

Well, it turns out I did not go into professional photography. And I’ve never made a cent from any photo I’ve taken!

So this goes to show how the above-linked article could have some truth to it.

Many vulnerable people – or people in vulnerable positions – frantically look for signs to find a way out of a predicament. I once had a friend who became extremely excited over every hawk in the sky as if it had some great meaning for her. I am not saying this is impossible but in her situation, it appeared improbable. She seemed unduly influenced by questionable, New Agey books and didn’t always soberly reflect on how her interpretation of her experiences could have been tainted by personal biases. Sadly, she came to a bad place, psychologically speaking.

Likewise, another friend came to a bad place who uncritically believed the content of every alleged apparition of the Virgin Mary (Church-approved or not), along with the claims of a TV evangelist proven to be a huckster.

Having conversed with Catholic priests and studied Carl Jung’s notion of synchronicity, my better judgment told me that signs and meaningful coincidences are never sought but instead discovered. Those are Jung’s words, more or less. And before you say Jung was a heathen, know also that Jung wrote to a priest that he had a positive “Christian bias.”

A healthy outlook means we go about our daily life and make important decisions based on all of our human faculties — not just a banner or bird in the sky. Nor should we necessarily decide merely from a “Word” selected from a centuries-old book, for that matter. (Anyone who has studied the formation of the Bible will likely agree with me here).

I never bought an SLR camera. And it would have been a mistake to do so. Today, I don’t even like the weight of a phone in my pocket when I’m outdoors, let alone a big clunky camera and related gear.

However, I must partially disagree with Jen Wilkin because I believe it is possible that God could speak to someone through skywriting. Just because something did not happen with me does not make for a universal law.

For many reasons, I believe God is free and beyond human reasoning and conventional thinking. While I agree with Jen Wilkin that doing the right thing is essential, I don’t think we can always rely on cherry-picking from the Bible to fully understand just what the right thing is.

Put simply, Wilkin’s article displays a kind of arrogance in presuming to know how God will or will not speak to people around the world.

Funny how writers like her – who don’t seem to know too much – make all the glossy magazines. Maybe they are good writers. But the content?

This old tune by the folk-rocker Bruce Cockburn came to mind while looking over God Will Not Speak to You Through Skywriting | Christianity Today: