One of the great scourges of our time. What you don’t hear in this report is that human trafficking can be linked to white-collar, transnational criminals.

A few months ago I encountered a young woman with a faraway air about her, begging for spare change. She seemed so paradoxically trapped and beautiful. My gut told me some sleazy operator was abusing her, so I declined to give her anything.

It’s a no-win situation. You feel bad by saying no but just cannot say yes.

Her response was all in her eyes. They said, don’t worry I’m a prisoner and it wouldn’t help anyhow.

At least, that’s how I read it.

Human trafficking has finally made the mainstream news. I talked about this months ago. 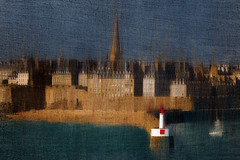