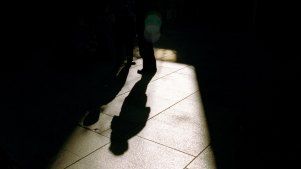 Australia’s domestic intelligence agency would have the power to forcibly question foreign spies for up to 24 hours, under a plan by the Morrison government to overhaul national security laws.

While writing an introduction to a recent article about terrorism, I was somewhat aware that I was dumbing things down. I treated the topic of spies as if these deceptive individuals were distinct from hardcore terrorists. True, I talked about a Czech man who engaged in what I called ‘psychological terrorism’ by pretending he was a Dutch woman’s abandoned son.

The woman was horrified to discover she had been lied to by this sociopathic scoundrel for so many years:

“When we finally made eye contact I felt hurt. I didn’t see any sign of remorse, not a wink, no warmth, nothing,” she said of the trial. A part of her was in denial, continuing to look in vain for a son’s affection. “He showed me coldness,” she said, “and looked at me like this was the end.” (BBC / Pocket)

But again, I treated spies as if they only destroyed people emotionally and not physically.

Nothing could be further from the truth.

You see, many spies have ‘handlers’ (the people they report to and who instruct them) belonging to authoritarian regimes where the link between espionage and organized crime is ironclad. These people need money to do their shadowy business. And much of that money comes from laundering the proceeds of organized crime.

A hostile spy’s local bank account (in the target country) will appear quite normal because the real money is all tied up in foreign banks scattered around the globe.

To suppose that hostile spies just harm people emotionally is wrong. No, they have direct links to transnational money laundering, organized crime, and by implication, all the other sordid activities that go with that—human trafficking, illegal arms deals, and so on.

Concerning illegal arms deals, many of those weapons end up in the hands of violent terror groups.

So my simplification the other day now stands corrected. I wanted to explain these connections at the time, but as a mere introduction to a full-featured article, I had to keep it brief.