The UN Development Programme analysed biases against gender in 75 countries around the world. 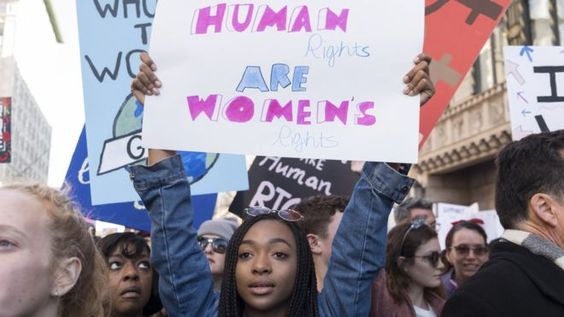 That’s what one professor said back in grad studies when confronted with some feminist views in his seminar.

He seemed to be implying that if he agreed with his feminist students he’d lose, and if he disagreed with them he would also lose.

For him, dealing with feminists was a no-win situation.

Funnily enough, the only thing I felt about this particular professor was that it was “hopeless” trying to get a fair deal out of him.

This is the guy – I’ve talked about him before – who initially agreed to write letters of recommendation for postdoc funding and then late in the game changed his mind and refused without even looking at my study proposal.

I think in many cases people are unwilling to listen to the legitimate demands of others and see them as “hopeless” because they have compromised themselves and envision the world as a deep, dark place without any hope.

If a person is acting in what the existentialists call “bad faith,” well then yes, everything will seem hopeless.

Those of us with a bit of hope, however, choose to believe otherwise. And the more we believe it, the more we have reason to believe it. We see the fruits of faith appear before our very eyes.

Hope does spring eternal. For men, women, and for everyone in-between.