Tanzania is East Africa’s biggest hub for drugs trafficking, a US government agency has said, putting Dar es Salaam on the radar of international anti-narcotics spies. 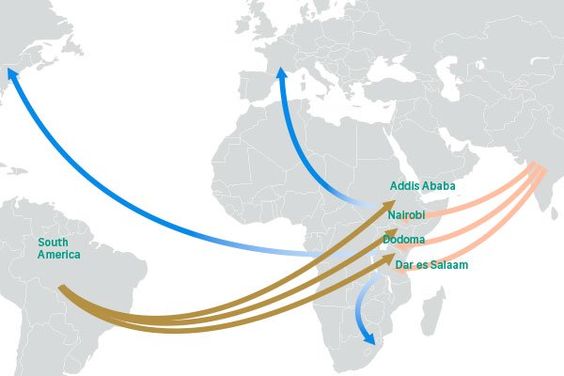 Another kind of ‘pandemic’ but this one consciously created for profit, as opposed to Corona which we assume just happened. (I’m sure it’s only a matter of time before some conspiracy theorists start warping that story into whatever they can imagine).

Looking over this graphic I found it interesting how the drugs go to Africa first and then to other places, including North America. Much cagier than just trying to get over Trump’s wall, or wannabe wall.

How is that going, anyhow?

(I won’t talk about Trump’s wall too much but I do think it is unnatural to a grand scale and would no doubt harm migrating animal life.)

Well, it’s Sunday night here, folks. And I’m just playing with old computers and charging up my bio-batteries for more fun and games this week. So I’ll end here. I wanted to make a link between this drug story and shifty, kreaminal professors. But I think you’re all getting a little sick and tired of my harping on that tale.

Corruption never hits home until it personally touches you. 🙈🙉🙊