In a recent interview with the BBC, Asia Bibi, the Pakistani Christian who spent eight years waiting for execution on a trumped-up charge of blasphemy, recalled her mistreatment. She described how much of sham her “trial” was, and how she was not even allowed to say anything in her own defense. She talked about the pressure she faced to renounce her faith.And then she said, “I am not angry at all. I have forgiven everyone from my heart. And there is no hardness in me.” 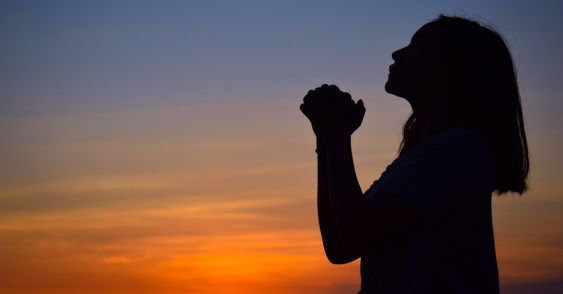 Source: Asia Bibi, the Nigerian Elders, and the Radical Nature of Christian Forgiveness

This article comes from a Christian site so naturally, the author will claim that radical forgiveness is unique to Christianity. I’m not sure this is true. I imagine followers of most any religion can be quite variable here. Some will forgive and others will hold grudges, Christian or not.

We might say that the Christian ideal differs. After all, the Hindu Bhagavad Gita advocates a kind of detached killing of one’s wicked enemies, supposedly for God.

Today we call people who believe they ‘kill for God’ psychopaths.

But this too can get complicated and is open to debate. After all, Christianity tries to incorporate the Jewish Old Testament which advocates an “eye for an eye, a tooth for a tooth” and much killing for God.

The Old and New Testaments are an uneasy merger, to put it mildly. Especially when Jesus in the Jesus story tells us to love our enemies and turn the other cheek.

I can only speak for myself but to be honest, I tend to go on a sort of rotating schedule when it comes to forgiving those whom I perceive as having done a wrong against me. Some days I really do forgive. Other days, well… not quite so noble and saintly. Rather than feel guilty about those lesser days or try to put on a false front of piety, I just follow it.

Maybe God actually wants me to feel annoyed every now and then. Maybe this brings out some kind of necessary action and chain of events leading to a transgressor seeing the light and changing their behavior.

As many Christians wisely put it, love the sinner, not the sin.

One thought on “Asia Bibi, the Nigerian Elders, and the Radical Nature of Christian Forgiveness | Opinion”