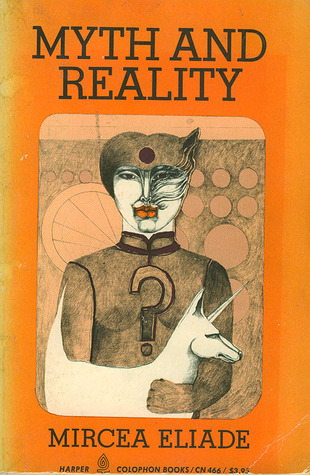 A celebrated scholar of religion, Mircea Eliade, writes about automobiles and all that go with them as a kind of modern-day religion.

A mildly interesting idea, I’m wondering if his Romanian background – specifically all the communist era influence at the time – sort of colored his perception.

I mean, instead of saying auto shows are like a religious ceremony, couldn’t we just say some people find them a lot of fun?

Perhaps Eliade enjoyed or at least became accustomed to hobbling around on creaky, broken down streetcars in the communist occupied Romania before he broke free and became an international scholar. Maybe he learned to like mediocrity, inefficiency and poverty. Who knows.

Anyhow, I think it’s always important to consider a scholar’s background when reading their material. Eliade, no matter how impressive his work can be, is no exception.

Here’s the relevant quote, quickly snapped with an iPad2. My scanner is in the basement but for various reasons I won’t be going down there until later today.

If by chance you can’t read the text, just click on the images for full-size.

And while you’re at it. Check out this splendid blog which recently posted a photo of a Vintage Car.

Along with fun, couldn’t we also see autos as art?

It really does seem that some – certainly not all – people from communist backgrounds exhibit a strange, paradoxical mindset where they enjoy all the material boons that capitalism brings and yet harbor a cynical dislike for it.

In a word… conflicted.