Born to an affluent Prussian family, Karl Marx became an angry, idealistic radical, constantly on the run for his political agitating and incendiary writing. In Paris he formulated his explosive analysis of capitalism and its corrosive effects on human nature. In Brussels he co-authored The Communist Manifesto with Frederick Engels. In London his obsessive theorizing dragged his family into poverty and tragedy. 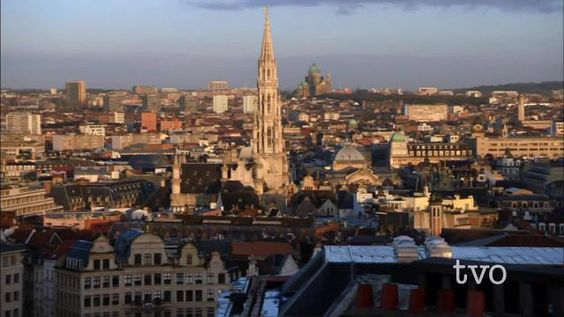 Many young, earnest scholars first encounter Karl Marx in undergraduate university courses and get some version of his work as portrayed – for better or for worse – by a given professor or teaching assistant.

Most mature thinkers believe that the type of society Marx hoped for had nothing to do with the distortions of his work which were historically played out in Russia, China, and elsewhere.

Myself, as a teen I wanted to explain our world with so-called grand theories. However, when I looked at Freud, Jung, Marx, Plato, Lao Tzu and several others no single theory entirely satisfied. I always found counterexamples that did not fit and a range of novel experiences that compelled me to think out of the box.

Concerning Marx, I found his writings reasonably insightful but also a bit heavy. And this is how I would characterize this BBC doc by Bettany Hughes. It adds depth and context to Marx’s life but also suffers from a kind of stodgy British conventionalism.

I guess that’s what happens when you become a star in the world of BBC docs. Lots of funding and resources at your disposal but the spark that initially gets you there becomes dimmed behind a few too many layers of lemon-scented polish.

The last place I publically discussed Marx was in a university seminar for Religious Studies. The presiding professor had immigrated to Canada from a small, communist-occupied country and apart from his obscure, esoteric specialty, he seemed pretty out of touch with recent trends in Western culture and theory. Later events would prove that he certainly could not appreciate why I wished to synthesize sociology and spirituality.

However, I imagine some of the oppressed and perhaps swindled people around that professor might understand how bleak social conditions may affect one’s outlook and behavior.

And this is partly what Marx was getting at, albeit with capitalism as the big bad wolf instead of communism.