Melanie Klein (1882-1960) was an Austrian-born Freudian psychoanalyst and a pioneer in psychoanalysis for children.

Klein’s idea of the ‘paranoid-schizoid position’ is meant to apply to an aspect of childhood development but Klein realizes that not a few adults with unresolved issues fit into this scenario.

According to Klein’s theory, the child in a paranoid-schizoid position tries to master his or her innate death instinct by splitting the ego into two components—one bad, the other good.

The bad ego is projected onto objects (a Freudian term that includes people) perceived as threats.

This paranoid-schizoid position alternates with states of depression called the ‘depressive position.’

Klein primarily treated children but again, traces the roots of adult neuroses and psychoses back to childhood.

This is should not be surprising. Just as historians look to the past to understand the present, Carl G. Gustavson notes in A Preface to History that most psychiatrists also look back to try to understand what distant puzzle pieces contribute to the present.

Even the psychiatrist goes into the past before he dares to prescribe a remedy. When he is asked to solve a personal problem, he invariably wants a case history. Just as an individual’s personality represents the sum total of his experiences, so the present appearance and conduct of nations and institutions reflect the formative circumstances of their background.¹

Klein believed that the Oedipus complex is activated as early as age two, while Freud indicated ages three to five. Both theorists agree, however, that adults with unresolved Oedipus complexes may behave like children.

Again, no big surprise here for us in the 21st century accustomed to recognizing and dealing with adults who often behave like children, and not in a childlike (curiosity, joy and wonder) but rather, a childish (unintegrated, touchy and volatile) way.

While not elaborated on by Klein, it seems a negative or pathological type of false synchronicity could play a role in adult paranoia. Here, subjects darkly interpret external stimuli as ‘signs’ that the world is out to get them.

A profoundly paranoid adult with the surname Lennon, for instance, might take their family name as an omen that she or he is doomed to be slain. And subsequent external stimuli (such as hearing a Beatles song in a public place) could be falsely interpreted as direct support for their heightened sense of apprehension.

In keeping with this idea, Carl Jung says apparent synchronicities may be interpreted pathologically by those deemed schizophrenic by psychiatric standards. On that, I have heard of one tragic case in my extended circle of acquaintances which ended in suicide but I won’t state the details out of respect for all concerned.

It’s not all bad, however. Synchronicities may also be interpreted positively as signposts leading to healing, humility, meaning and growth.

But with paranoia synchronicities are negatively filtered as portents of disaster.

With grandiose personalities that sometimes accompany paranoia, synchronicities are often taken as illuminating signs leading to an inflated sense of personal greatness and importance.

A hypothetical example of psychological inflation would be a super intuitive professor who launders money and profits from human trafficking and international child prostitution rings.

She or he sees themself not as a twisted, hellbound villain but as a ‘gifted one’ existing on a ‘higher level’ than the common, naive and law-abiding public.

Negative interpretations of synchronicity – be they paranoid or grandiose – are probably related to an unintegrated personal and by implication, collective unconscious affecting everyday ego awareness.

In other words, when someone gets paranoid or too big for their britches, chances are they still have some unresolved issues to work out.

I see this quite a lot.

One red flag is when intuitives and contemplatives suppose they are the only ones in tune with God because they are so much ‘deeper’ than all the ‘superficial’ others. What these somewhat inflated folks fail to realize is that God imparts diverse gifts and works through everyone everywhere. 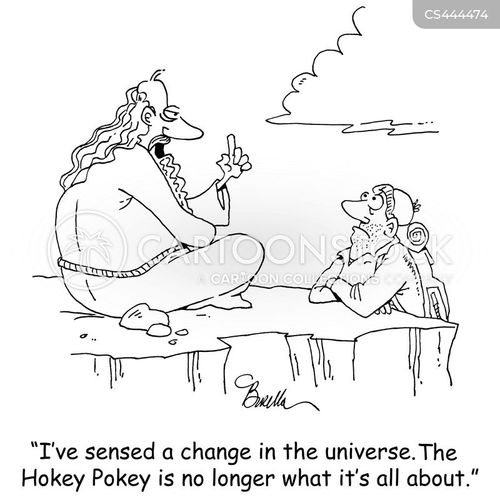 Put simply, a slice is not the whole pie, even if it is a seemingly big slice.

An old friend of mine once summed up the dynamic of inflation by saying: The second you begin to feel that way, you’ve lost it!