If walls could talk, they might tell us to listen to the lightbulbs. Scientists have created a way to hear what someone is saying in a room more than 80ft away by pointing a telescope at the lightbulb 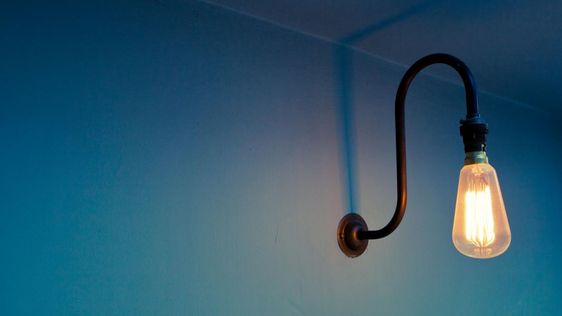 Source: Spies can pick up chatter by watching a lightbulb 80ft away, researchers from Israel find | News | The Times

The desperate and demented

This reminds me a bit of the classic film 2001: A Space Odyssey where the demented computer HAL reads the lips of the two astronauts Frank Poole and Dave Bowman who believe they are speaking in private.

HAL goes on to murder one of them in deep space. Then HAL attempts to murder the second traveler but fails. The result is a long trippy, journey where the survivor, Dave Bowman, undergoes a profound ontological transformation.

This was one of Pope John Paul II’s favorite films, and with good reason. It probably still is my favorite film of all time, even if coming off increasingly dated as the years pass.

But hey, I didn’t want to talk about that today. Instead, I wanted to say why I believe hostile spies and those who abuse their (questionably legitimate) societal powers are second or perhaps third rate losers.

They “spy and scrape” – as the psychologist and philosopher William James once said of Behaviourists – from the outside but have no idea about what’s really going on. From their arrogant often criminal perch, they read all your emails and go through all your visited URLs. They’re just bored stiff, frustrated creeps who can’t make it with real people so choose a life of vicarious thrills by violating your privacy. The real low-end of society.

By way of contrast, sincere seekers and sensitives have no need to hack into other people’s private lives to learn about them.

First, we have an age-old technique that works quite well. It is called talking.

But you have to be sincere and earnest for this to work. So if you are not an honest person, discussion won’t work and you will probably resort to lowlife methods.

The second earnest method is a kind of companion to the first. It’s called intuition or insight. I believe the closer we get to God, the more attuned our intuition becomes. God trusts us more so lets us know more. And God trusts us to handle that ‘insider’ info in a sober, responsible, and compassionate manner.

However, if you are wallowing in the mud of lies, deception and self-delusion, then your spiritual antennae will be all covered up by the crud of worldliness and bent out of shape by jealousy and anger so they won’t function properly. Likewise, God will not trust you to handle various – often surprising – truths in a mature and loving way.

So you will remain in the dark, spying and scraping your way through your miserable, lonely life of deception, arrogance and self-delusion.

That’s a simplification but generally how I have come to see things over the years.

Another reality the hostile spy and abuser of social powers will be unaware of is that other good people, especially the sensitives among us, will feel the filth you live in and accordingly want to distance themselves from you.

So if you are ever wondering why you have no friends and nobody wants to be around you, maybe take a look in the mirror and ask: How am I contributing to my own unhappiness?

One thought on “Spies can pick up chatter by watching a lightbulb 80ft away, researchers from Israel find | News | The Times | Opinion”