and broke into everyone’s homes across the nation, stealing 54 dollars from each and every home, and then were caught giving the money to their family members and buddies, how do you think they should be treated? Should they get prison sentences? 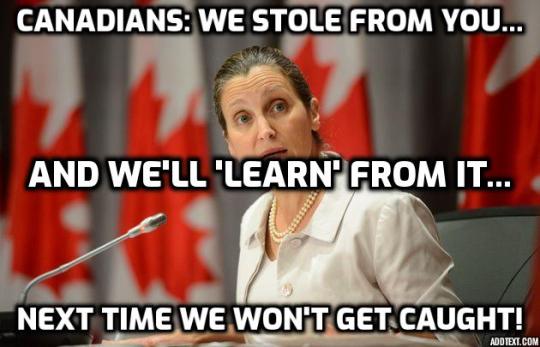 54 dollars per dwelling may not seem like too much, but when you add up all those homes in Canada, the accumulated heist would total about 900 million dollars.

Justin Trudeau and his band of merry men and women’s behavior might have been no different. But Robin Hood only stole from the rich and distributed his stolen booty more fairly—to the poor and needy instead of giving it out to fine feathered friends.

Instead of a “scandal,” the liberal press calls this a “controversy.”

When does the pillaging stop?