The other night this movie came on TCM and I enjoyed it thoroughly. Extensive use of double and triple split-screen in an era way before Zoom. A silly tale but nonetheless still fresh.

Previously, I had thought Rock Hudson was just all looks with little acting ability. But his performance is, if you’ll pardon the pun, rock-solid here. And Doris Day? Well, ever since I heard John Lennon call out her name in the Beatles song, “Dig It”

as a young boy I have been intrigued by that mysterious name. Only a few years ago did I first see a Doris Day film and understand her importance to cinematic history. And the chemistry between her and Rock is undeniable. They actually became close friends during this shoot and remained so for many years to come.

Well, that is Tony Randall. In this film, he’s younger-looking and IMO not quite as effective with his tired, cynical sophisticate routine as in later years. But it is still intriguing to see him just before his prime.

Another noteworthy moment occurs when Rock’s sexuality is called into question. You’re not one of those...? those guys who like recipes? Rock’s character plays along and assures viewers, no he’s not.

But in real life, of course, he was.

Fascinating and maybe a bit sad to watch Rock have to fake it.

The film also slams stalkers and eavesdroppers who have no life of their own and obtain cheap vicarious thrills by secretly listening to and criticizing others (The plot centers around a telephone party line, which back then was a shared line where strangers could listen in).

How relevant is that to today?

If you can pick this film up somewhere, I strongly suggest giving it a whirl. 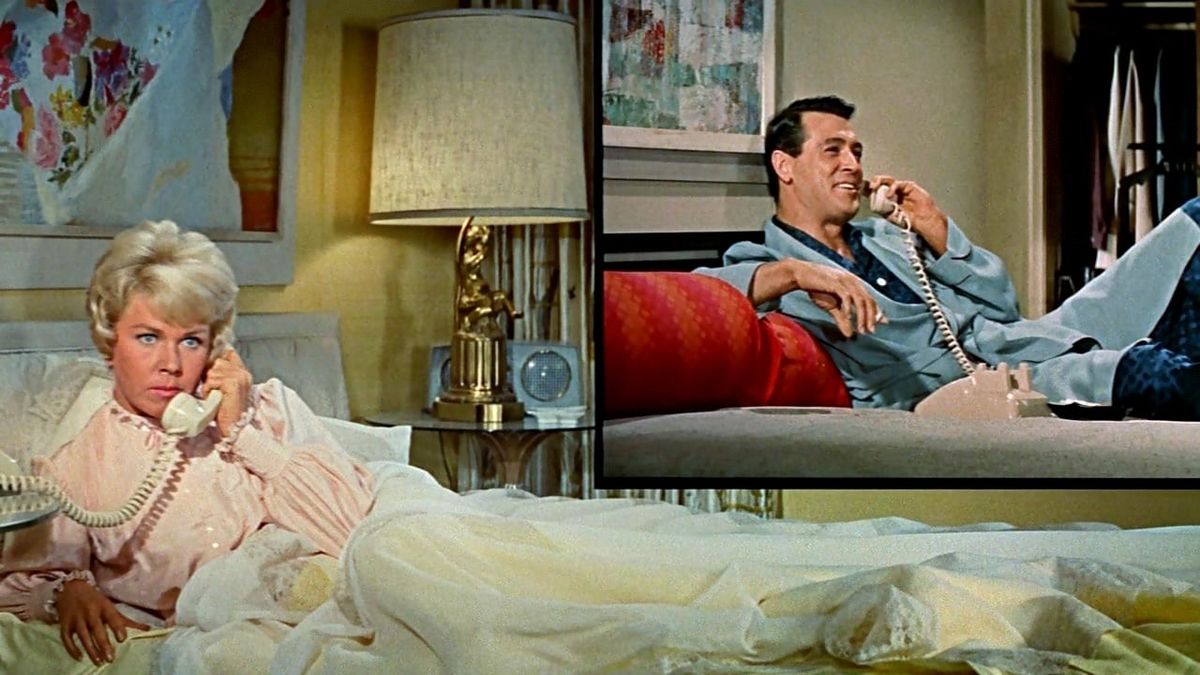