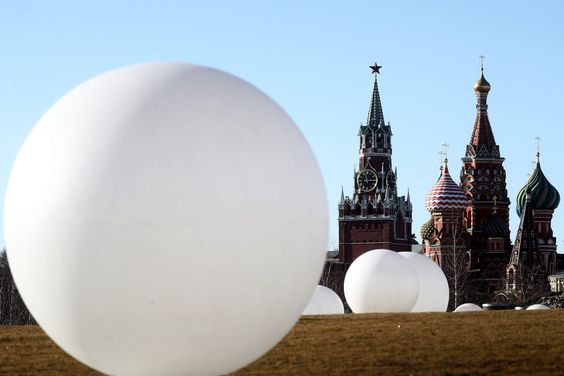 Skimming over this article – something I admittedly do a lot – I noticed a catchy phrase that is probably quite familiar to average, decent Russians.

Every country has a mafia but only in Russia does the mafia have a country.

I don’t live in Russia. Why should I care?

Let’s say a supposed ‘professional’ slinks out of a Central/Eastern European country during the old Soviet era. Nobody really knows just how s/he did it. But s/he did it, nevertheless.

Quite a feat. Unless, of course, they cut a deal beforehand:

Spy for us, help us infiltrate and occupy the naive, welcoming country that you are about to enter, and we’ll leave you alone. Well, relatively alone. You will still have to dispose of dead bodies in plastic bags for us and commit other Godless atrocities. But we won’t kill you. Remember also to spy on everyone you know, including your spouse. (Try to hook up with someone born in the target country… it’s good for your cover!)

Well, it sounds fantastical to many. Paranoid to others. I mean, what kind of morally bankrupt scoundrel would do that to another person? Marry them without telling them that they are a hostile, violent spy who does things worthy of the chilliest of horror movies?

Anyone suspecting that clean-shaven, well-dressed professional with the regular paycheck would have to be crazy, right?

It does happen. And all too often. The best spies are usually holed up in some distant locale, equipped with solid covers that render them beyond suspicion to almost everyone except for the most shrewd and perceptive among us.

Over time, however, little cracks in the persona can be discerned.

“Oh honey, do you really have to go to Vienna again? Why must you go there so often? And why do you never sit for very long at the dinner table with my family? I know you’re busy dear, but surely a few hours on a Sunday night wouldn’t kill you? After all, married life is about balance.”

“I GAVE YOU MY REASONS!” The spy snaps angrily, cold eyeballs glimmering with an otherwordly rage. In actual fact, however, s/he never gave any rational reason at all.

Because if reprobates like this are not rooted out ASAP, the sheer hell of Russia and its mob-ridden reality will soon be irrevocably ruling in Canada. And we don’t want to find out what that’s like.

Why do you think average Russians are so quiet whenever I talk about this?

They’re smart, that’s why. They’d rather live in wretched servitude than not live at all.

Is this what we want for Canada?