RCMP employees said they had been raising concerns about Ortis since January 2017. 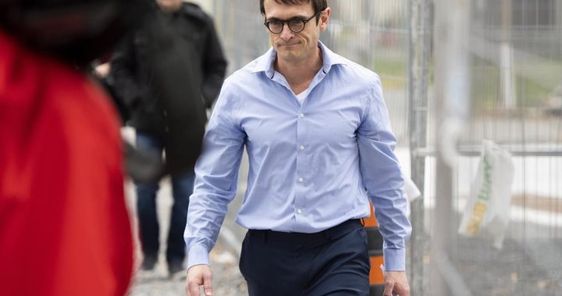 The news is never objective. There are economic and political forces behind any news agency. I suppose some of us are aware of that by now but in Canada what’s really disturbing is how the prevailing biases go unnoticed by so many.

Some folks in North America get all upset because someone like Tucker Carlson displays real human emotion and has a personal vision of what his country should be like… peaceful, prosperous and law-abiding. No, many Canadians especially, prefer lying, unemotional robots who “keep cool” while under the surface secretly steal their cash and employment opportunities.

Now that is what I call naive.

The news agency covering today’s linked story is a privately owned corporation. CBC, on the other hand, is arguably a closet for governmental corruption (a former CBC employee told me personally that they got their job not thru merit but through international political connections. The former employee said that they were not qualified for the job but got it anyhow through their connections).

So I’m not surprised to see CBC’s tardy coverage of what in my view is one of the biggest and most important stories to hit Canada in the 21st century.

It seems there are too many mediocre CBC employees possibly benefitting from a complicated web of “connections.” If we are going to defund anything, let us defund the CBC and give the extra money to the people who really need it.

Concerning today’s highlighted link, the following quote jumped out. To update my non-Canadian readers, Ortis was charged with being a mole while serving as a senior ranking officer in the RCMP. Recently three RCMP intelligence analysts say

Ortis had bullied and undermined them in an effort to drive them out and replace them with “individuals over whom he had a greater level of personal control.”

And the article goes on to say that

Ortis belittled and degraded his staff, undermined their work, damaged their reputations throughout the RCMP and blocked their advancement so he could bring in his “preferred” outside hires.

Now isn’t that always the way?

As I have said many times before, spies are not just local creeps sending info to some hostile crimelord back in the “old country.” No, they are active and spreading. They want to increase their power. So essentially they are not only infiltrators but also potential occupiers.

Not unlike a virus, their damage to any good country multiplies if left unchecked.

That’s just the way hostiles work. If they feel that they cannot bribe or frighten a person into submission, they have a backup plan: They simply drive out anyone who is aware of their schemes, even if that person does not actively protest or complain. A person with values and integrity simply knowing or even potentially knowing is enough for a powerful spy to try to marginalize and bankrupt them.

It’s an age-old dynamic. Nothing really new. What’s new is how incredibly ignorant so many Canadians are about the seriousness of the problem.

So I ask. Do you know anyone in your place of employment who behaves bizarrely and tries to get rid of underlings for no apparent reason?

Watch them. And if you can find good evidence to do so, please report their “strange and controlling behaviour” to the appropriate authorities.*

We just cannot fool around any longer and allow Canada and other great democratic countries to go to the dogs.