The pandemic has not sparked a shocking rise in UFO sightings, experts say. But the public is growing increasingly confused by ordinary objects. 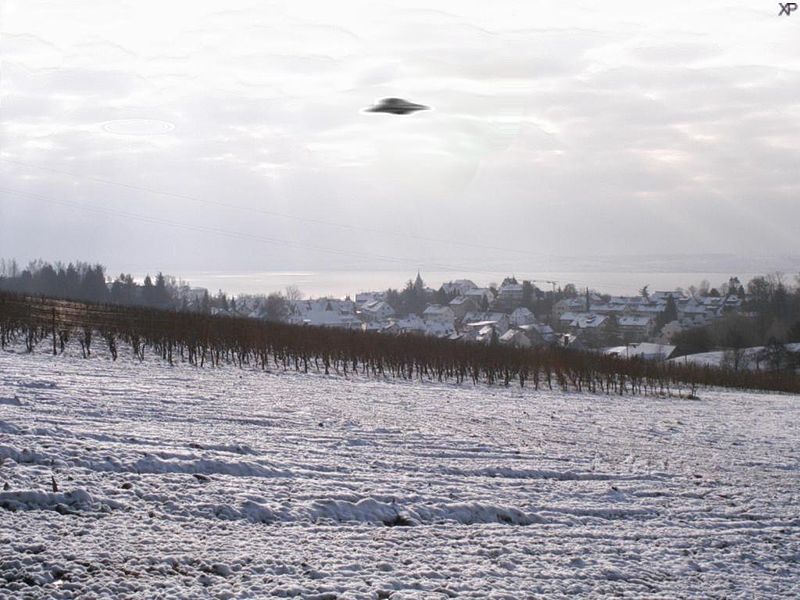 Just so you know, the above picture depicts a fake UFO. For fun, I used the same or maybe a similar UFO image and superimposed it on ancient Greek columns, a long time ago.

Whoever created the first image was a bit more imaginative and skilled than me in the art of fakery. They blurred and distorted the image so it looks sort of “trans-warpy,” for lack of a better term. This makes it appear like the UFO just popped in through a cosmic wormhole and someone just happened to be there.

But Jung had an interesting angle on UFOs. Without entirely discrediting them, he suggested that many alleged sightings of round-shaped objects in the sky are actually projections of one’s own true self.

Not the ego, but the self. And for Jung there is a tremendous difference between the two. The ego is superficial, opinionated, and usually goes with the flavor of the month. The self is deep, wise, and for Jung essentially eternal.

To try to ground and legitimize his ideas within some kind of theory, Jung recalled the ancient Asian mandala, which he claimed is another symbol for the deep self. And UFOs, he argued, are just a modern way of seeing what in essence is a mandala.

The person apparently seeing the UFO is seeing themselves. They are projecting something deep inside onto something either ordinary or perhaps mysterious.

But I still think that in much contemporary UFO lore, individuals are projecting their own expectations and psychological contents onto the unknown, just like Jung said.

If UFOs and ETs do exist, they probably have a character and quality that is truly “alien” to us. Way beyond what most can imagine or experience.

This is not to exclude the possibility of little green men and women. But I suspect that the reality is far stranger than these and other pop-culture tropes.

One thought on “Reports of rising UFO sightings are greatly exaggerated | Astronomy.com | Opinion”