What would it take for a global totalitarian government to rise to power indefinitely? This nightmare scenario may be closer than first appears. 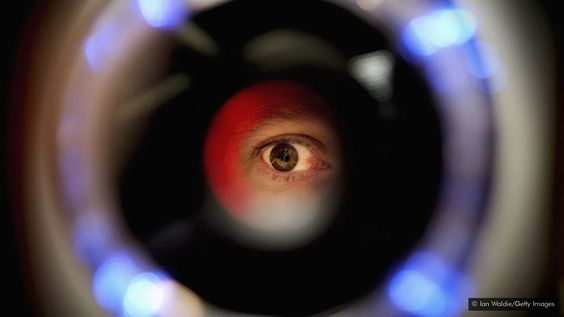 Source: The grim fate that could be ‘worse than extinction’ – BBC Future

Most of you have probably heard of two terms: Hard power and soft power. If by chance you don’t know the difference, this link should clarify pretty fast:

The interesting thing about soft power is its persuasive power. After a while of being exposed to an oppressor’s agenda, most of the people actually begin to think like the oppressor, even if doing so is to their detriment.

Hard and soft power are not always mutually exclusive. Think of those vulgar military parades where weapons are proudly displayed in the public square. That’s clearly ideology. It is hard power being publically displayed to generate soft power.

The message of such spectacles is basically:

Look at me… I’m NOT an insecure creep who never had a genuine relationship in life… no, I’m a BIG MAN (or WOMAN) and can hurt people, including you, my underlings.

The above-linked article talks mostly about hard power and its potential global reach.

Just yesterday I wrote about a kind of soft power in my article about alleged psi-spies.

Today, I was tempted to classify these super intuitives as laying somewhere between hard and soft power. I was even going to call their unique gift “psi-power,” as a kind of middle ground between hard and soft power. But on second thought I actually think such abilities are not unnatural but natural. You don’t need any implants or alien visitations to possess such skills. No, some sensitives just possess or develop super intuition over time. So hostile psi-spies arguably are just another kind of soft power. No need for a third category.

Well, we know that even seemingly harmless water erodes mountainsides and cuts out rivers given enough time. And the same thing, I would argue about soft power. It’s really no less of a threat than hard power. It may even be more menacing.

It might be more sinister because even when the general public is not entirely ignorant of its workings, they tend to become passive and indifferent, even supportive.

For example, let’s say the gullible spouse of a psi-spy who married without realizing what s/he was getting into gradually realizes that spilling the beans on his or her sneaky partner would jeopardize his or her own financial security.

What do you think s/he’s going to do? Blow the whistle or keep taking that paycheck?

A land of messed up zombies perhaps could be just as frightening as a land of free people trying to avoid violence.