William James (1842-1910) was an American pragmatist philosopher and psychologist and the brother of the novelist Henry James.

James suffered poor health and frequent bouts of psychological exhaustion but this did not adversely affect his work. His Principles of Psychology (1890) became a standard textbook for psychologists, influencing Carl Jung among others.

His collected lectures on religion, published as The Varieties of Religious Experience (1902), remains a classic in religious studies.

This diversity of characters and opinions likely influenced his outlook. Carl Jung says he was struck by James’ curiosity and fresh approach to psychology, calling him one of the few open-minded psychological researchers of his era.

James’ theory differentiates the personal and social dimensions of religion. And he advocates religious pluralism to accommodate the specific needs of diverse individuals. 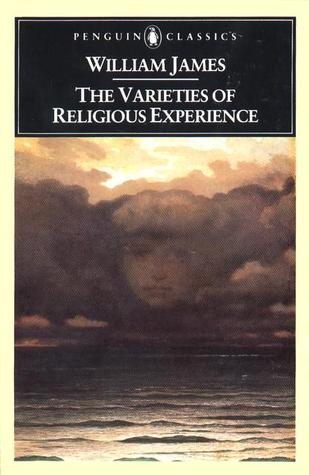 His ‘Four Marks’ of mysticism are standard fare in university religion courses. James says these four marks are:

James also makes a distinction between “healthy-minded” approaches to religion and the morbidly pessimistic “sick soul.”

His comments about the value of saintliness reveal a materialistic bias, especially in his discussion of St. Teresa of Ávila. In keeping with this bias, James’ Principles of Psychology outlines a functionalist approach. But James’ American materialism differs from the emerging “experimental” psychology which James says is tantamount to “spying and scraping.”

The Experimental Method. But psychology is passing into a less simple phase. Within a few years what one may call a microscopic psychology has arisen in Germany, carried on by experimental methods, asking of course every moment for introspective data, but eliminating their uncertainty by operating on a large scale and taking statistical means. This method taxes patience to the utmost, and could hardly have arisen in a country whose natives could be bored. Such Germans as Weber, Fechner, Vierordt, and Wundt obviously cannot ; and their success has brought into the field an array of younger experimental psychologists, bent on studying the elements of the mental life, dissecting them out from the gross results in which they are embedded, and as far as possible reducing them to quantitative scales. The simple and open method of attack having done what it can, the method of patience, starving out, and harassing to death is tried ; the Mind [p.193] must submit to a regular siege, in which minute advantages gained night and day by the forces that hem her in must sum themselves up at last into her overthrow. There is little of the grand style about these new prism, pendulum, and chronograph-philosophers. They mean business, not chivalry. What generous divination, and that superiority in virtue which was thought by Cicero to give a man the best insight into nature, have failed to do, their spying and scraping, their deadly tenacity and almost diabolic cunning, will doubtless some day bring about [emphases added]. *

To me, James was one of these guys who wanted to know about mysticism but in actuality didn’t know too much. We find men and women like this all the time. They read oodles of books and make a few basic, secondhand distinctions but don’t really understand what mysticism – and especially its interpersonal dynamics – is all about.

In fairness, however, at least James made a stab at trying to understand the subtler sides of human experience. How many “certified” psychologists and psychiatrists today can say the same thing?

If anything, it seems pharmacology is taking us further away from psychology as a science of the soul toward a materialistic bias where the human being is merely regarded as some kind of “information processor.”

With every passing decade, the dominant ethos seems to lean further toward this mechanistic bias. Meanwhile, even fish are beginning to feel the “side effects” of too many medical drugs being urinated into our water supply.

James was perhaps wrong to entirely dismiss experimental psychology. After all, we are in part biological creatures. However, any psychiatrist worth his or her salt will try to keep their patients’ meds down to a necessary minimum and always keep an eye on additional factors and alternative solutions – like good nutrition, exercise, better relationships, economic fairness, contemplation, prayer, and morally upright behavior.

5 thoughts on “William James – Can a wealthy and connected intellectual really understand mysticism?”