…for admiring female beauty. I have an entire board “Mystique” dedicated to it on Pinterest, and I just added another screenshot to my boards.

I find Kayla Williams at CP24 especially attractive not just physically but spiritually. She actually smiled this morning when reporting that the Catholic Church was resuming Mass at the Vatican. Most CBC reporters, heavy on secularism, sniff, grunt or look constipated when talking about Christianity. The former anchor Peter Mansbridge, who I came to see as plodding, dull and tedious, was sometimes outright insulting while reporting live Catholic events.

That’s okay for bloggers and Indie news outlets. But as Canada’s publically funded network, I would expect the same respect shown to Christianity as it is so overflowingly shown to all other beliefs and religions.

So here’s two screen captures, the first from today, the second from last spring/summer. 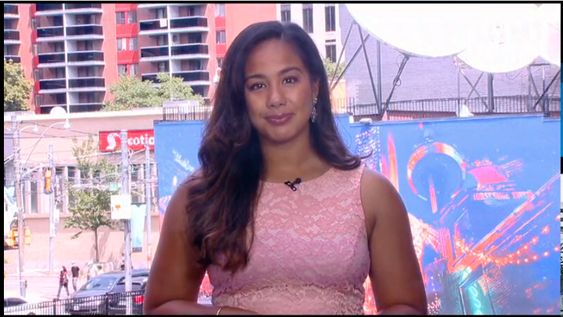