Nik Ripken and Jeff King discuss the powerful worldview shift that comes from witnessing persecution overseas and the life-long impact it had when they moved back to America. 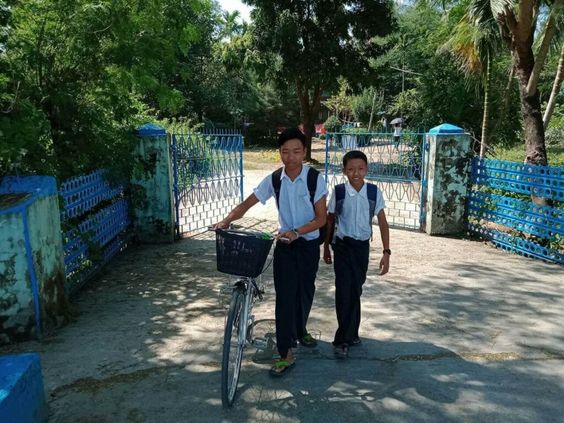 I had a choice this morning. Either watch more TV or get down to scanning the news. I chose the news… along with a little Rachmaninov via the excellent Naxos Music Library. I’ve talked about this online resource before but have never given it the right name, calling it “Naxos Online” or “Naxos Classical.”

The reason I spell out the difference is because Naxos Music Library contains so many major labels that frankly, it is staggering.

Back in the day Sam The Record Man in downtown Toronto had a large classical music section and employees who actually knew what they were talking about. I used to love just looking at all the records. It was like a library unto itself. And it had a slightly gritty, downtown feel to it that, well, you just can’t get these days on the internet.

However, Naxos Music Library makes the old Sam’s store look like kid’s stuff. If your local library does not subscribe to this service, something is wrong and I urge you to urge your city to spread a little less grease to its local politicians and a little more to the taxpaying public. Everyone should have a good intro to classical music and this site is second to none.

Okay, that is a huge diversion from today’s main topic. The topic being persecution. But hey, it’s pandemic time and WTF else are we going to do but sit around and blow our own horn?

So forgive me for being a little verbose.

Let me begin by saying that the above news story comes from a site about Christian persecution. It’s true that all groups are persecuted in some way. Even white (allegedly) ‘privileged’ people can be persecuted. But not everyone appreciates that, obviously.

Before I stopped going to Mass the priest – actually a monsignor – said in a homily that Christians represent the largest single persecuted group around the globe. I do not know if that is true. I did a web search after Mass and it seemed to be true. But his claim could have just been more Catholic gloss. God knows, there is a lot of Catholic gloss…

Still, we cannot ignore the fact that many people are persecuted because of their religious beliefs, their sexual orientation, or perhaps because of their medical history. Skin color is not the only means for persecution.

So why do we persecute others?

It is just fear? Hate? Insecurity? A kind of madness?

I’m not sure about all the reasons but I imagine that not talking about persecution will do nothing to make it better.