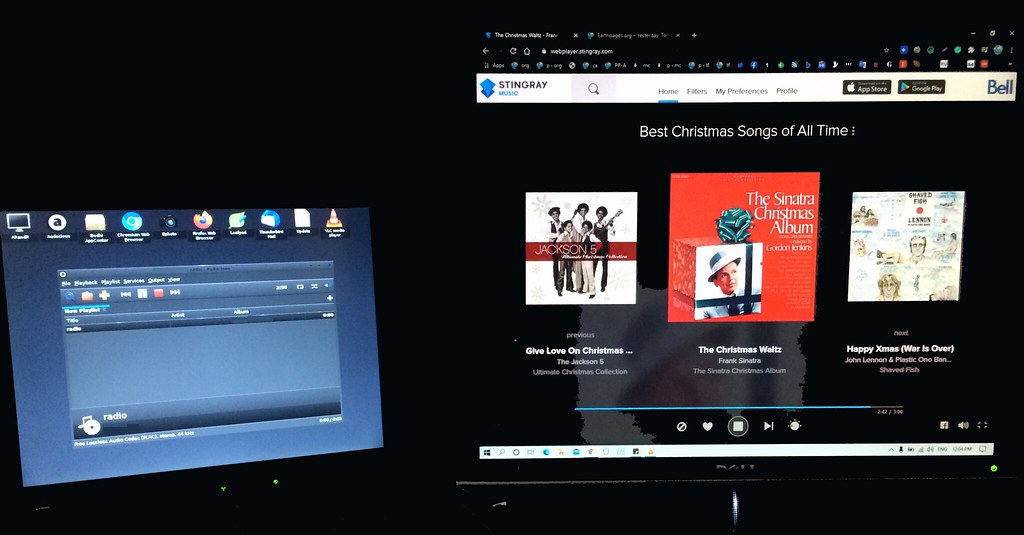 A slow Saturday here in the city. I decided to spark up an old IBM T41 laptop – given to me for free – running on 32-bit architecture (left screen).

I fixed this photo in a very roundabout way, listening to music and using Adobe Photoshop Elements (the poor man’s/woman’s Photoshop… but it’s actually pretty good).

There’s no way this laptop could handle Photoshop Elements on its own. It might be able to stream music… maybe. But I did both at the same time!

Well, the main computer is in my bedroom, which is the only half-decent computer I own. Add to that a bunch of ancient ‘satellite’ monitors through Remote Desktop, and you can get a lot more mileage out of tech that otherwise would be oozing toxic waste in a landfill.

To further minimize drain on the laptop (which is super slow by itself), I sent the audio and video from my bedroom PC through two different protocols… both the lightest and best ones that I know.

I won’t say what the video protocol is because, well, I don’t want to invite hackers!

But it’s all free and lots of fun.