The anatomy of unhappiness is more complex than DSM-5’s categories. 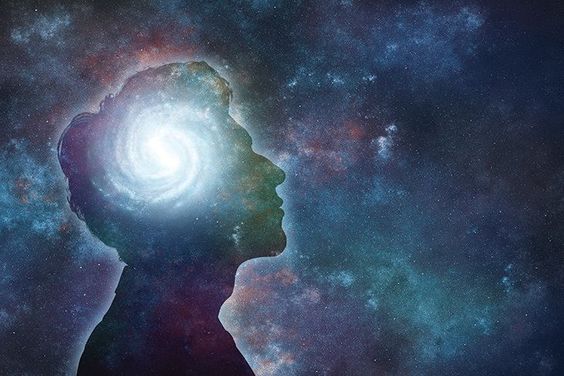 Source: Psychiatry and the Dark Night of the Soul | Psychiatric Times

Last night while in contemplation I got the impression that someone was thinking, “He’s a pretty good writer but too ‘hot’ to make it.”

In other words, society doesn’t want to look reality in the face. Most people would rather live in a comfortable fantasy or scapegoat a relative few individuals instead of dealing with their own problems… problems which in Toronto, at least, are escalating almost exponentially.

Now my particular insight/intuition could have just been my own deeper self speaking to me, perhaps like dreams often provide info just beyond the reach of the conscious mind.

You never really know for sure with insight because verification is tough.  Many people are inherent liars, fakes, and some hardly know their own minds. So as the famous writer on mysticism, Evelyn Underhill, once noted, insight and intuition must be treated with the utmost of caution and rational analysis. You cannot jump to conclusions. Instead, you build hypotheses or ‘working theories’ and continue to observe and update those hypotheses on the basis of your ongoing activity.

Even if my insight did not originate from someone else, I think it nevertheless speaks to a certain truth.

Psychiatry is a simplification of a mysterious reality called life. It slices and dices reality into tidy, human-made categories which in my view, often provide a grim caricature of the full human being. Essentially, psychiatric labels tend to be reductive and, I would say, somewhat discriminatory.

Because people suffering from psycho-spiritual issues are often vulnerable and struggling, it is usually unwise to just come out and say what you think without any kind of sensitivity or humility. We need to be discerning. Not only might innovative ideas upset individuals but also their families. As the Scottish psychiatrist R. D. Laing argued, many family members tend to collectively scapegoat individual “black sheeps” of that family. And that clannish family anger of the ‘normal’ members coupled with their unwillingness to take a good, hard look at themselves might spill over onto anyone who tries to help from outside that little family web of social norms and expectations. Laing goes as far as to say that there often is an unconscious ‘conspiracy’ in families to scapegoat a particular member of that family.

That much said, last night I was also thinking of two alternative theories about human suffering.

On the one hand, we have the Asian philosophies and religions that believe suffering is a result of bad karma. From this perspective, we did something bad in a past life and are reaping the unhappy rewards in our current life.

I don’t really believe that but it’s another way of looking at the issue.

Christians, on the other hand, have a different view. For them, especially mystically inclined Catholics, some souls actually enter this world to primarily suffer for the benefit of others. Some Catholics call these souls “victim souls.”

Myself, I think that perspective might hold water with a few exceptional individuals but it also may be used to rationalize an unhealthy martyr complex.

And then we have my own perspective which at root is ever-evolving. I do sense that we pick up good and bad vibes from other people and probably give off our own light and heavy stuff too. For me, it’s a dynamic. A kind of interpersonal give and take.

Another dimension to the problem has to do with ethics. Some folks rarely if ever make the connection between what they are doing and how that makes them feel.

I recently noticed that the TV classic The Sopranos is experiencing a rebirth in viewership during the pandemic.

It’s a great show but I find that watching it can make me a bit edgy.

Anyhow, in one episode Tony Soprano tells his therapist, Dr. Jennifer Melfi, about all his murderous behavior and she replies in a dull monotone:

“Are you still taking your medication?”

Of course, TV psychiatry and real psychiatry are rarely the same thing. But I think the show indicates just how superficial some psychiatrists can be. Here the guy is murdering, beating people up, having extramarital sex with anything that moves, and generally thieving for a living, and his therapist tries to “not judge” and dole out pills.

According to Dr. Melfi, Tony’s problems stem from a domineering, borderline mother.

But what about his own adult choices? And how might that heavy drama spill over onto his wife and kids?

I often think that Americans are great at business and technology. But when it comes to psychology and spirituality, many in and supportive of the APA seem like superficial teens just following the latest trend.