Oleg Sokolov, an expert on Napoleon, was sentenced to 12 and a half years in prison. 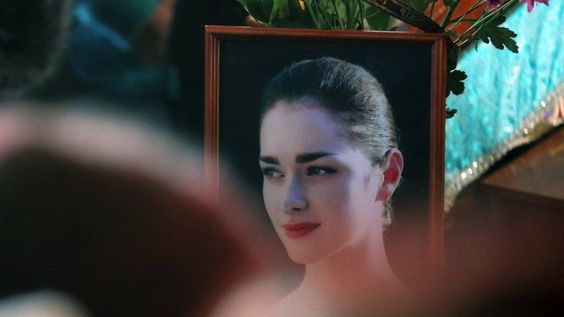 Here’s the upsetting conclusion to a grisly tale – actually a true story – about an older Russian professor who killed and chopped up his young, pretty lover. His sentence of 12 years seems like a joke.

Note the tremendous age difference between the two ‘lovers.’

Now, I have nothing against an older and younger person getting together if it’s true love. I myself have been attracted to women both older and younger than me. However, in my case, it always seems like the age difference does indeed matter when I think about it seriously.

Not only is the energy level usually different between a much older and younger person, but their respective life experience also differs. Young people can be very wise and older people incredibly immature. But still, the younger has things to experience while the older has already experienced a lot. And I think – for me anyhow – this does make a difference… not to mention their respective circle of friends.

Whenever I’ve been say, at a coffee shop with a young woman and her much older date, it’s always slightly awkward. I mean, we try our best to act naturally but everyone’s really thinking… That old guy is getting it on with that naive young woman!

In the case of this professor, it was much worse than an old guy trying to relive the thrill of youth. This story ended very badly. And again, I think a prison sentence of twelve years is pathetic.

Do you know anyone who might be hooked up with an older guy? An older guy who is not just lecherous but potentially dangerous?

If so, keep an eye on him… many complaints were made about this professor but nobody took them seriously.