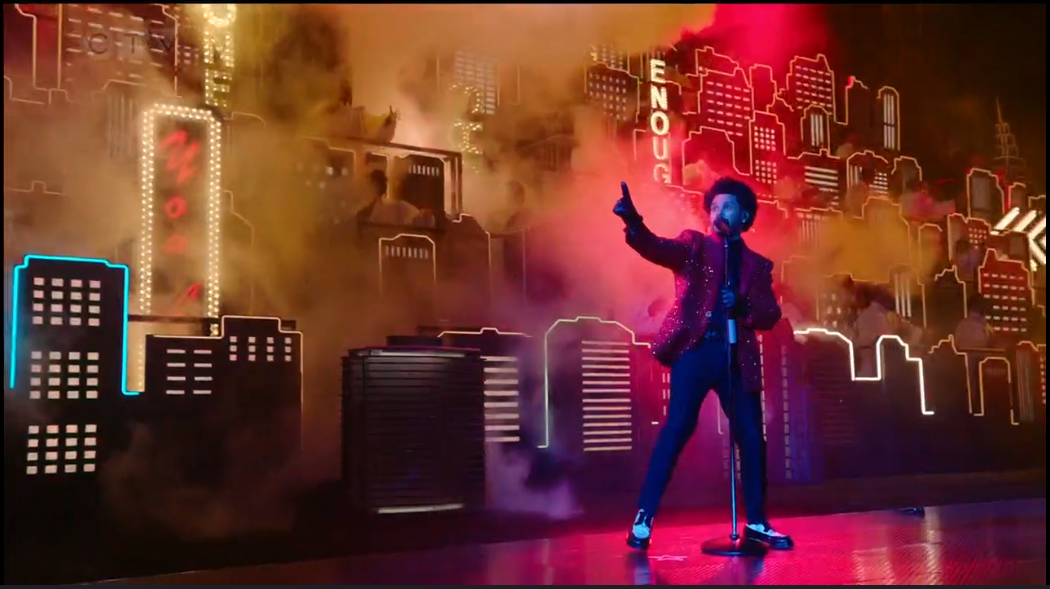 Sorry Americans. Your football is a big bore for me. I honestly couldn’t say who won the game, except for Tom Brady’s team (whichever one that was). Give me hockey any day. The speed, the elegance, the élan. There’s something about hockey that I still like after all these years.

I prefer the ‘old game’ over the new game. 1960s and early 1970s hockey games were far less physical – as in body checks and fights – and considerably more gentlemanly. The early players just glided over the ice instead of coming off as modern-day gladiators.

And maybe that’s partly why US football (to differentiate it from international ‘football’) holds little interest for me. Too macho and violent.

But I do like a good spectacle. And what other countries, save perhaps the UK and Russia, do spectacle like the USA?

I wanted to see The Weeknd at halftime before reading about it. But being an internet junkie, I couldn’t help but notice a few reviews. Mostly not so great. Seems the Twitterverse was mildly disappointed for this or that reason.

Myself, I thought he was great. The only problem I could see was the mixing. The mic was just too quiet at the outset. But with a live event during a pandemic, isn’t that kind of thing to be expected?

I really like The Weeknd. Not because he is Canadian and from my home town, Toronto.

Surprise. There are Canadian artists whom I do not like all that much.

When I first heard “Starboy” it was something of a revelation on wheels. I actually wrote about it here.

Canadians do quite well in the music industry. Justin Bieber, Drake, Avril Lavigne, Neil Young… I think this high proportion of talent that “makes it” has something to do with the low overhead for music. Filmmakers simply need more money to get started.

Did you see the show?

One thought on “Yes… I watched it… but just now and only that!”