Last week I might have spoken a bit too soon. Or maybe the quality of this series is a little uneven. But last night I watched Season 1 Episode 6 and found it engaging.

The women and trans woman are freed but the nightmare doesn’t end there.

The bad cop has been shot in the head but he doesn’t die. Particularly interesting here is how his wife is implicated—or not.

Did she know he was a psychopath? If she did not consciously know she had married a nut, how could she have missed the signs? After all, he did come into their bedroom one night with a hammer! He was contemplating killing her but did not.

How many psychopathic criminals contemplate killing their spouse if they “find out?”

I bet we’d all be surprised. After all, most psychopaths marry not for love but because they want to get something out of their spouse. A respectable cover for their seedy, criminal activities, some inherited money. 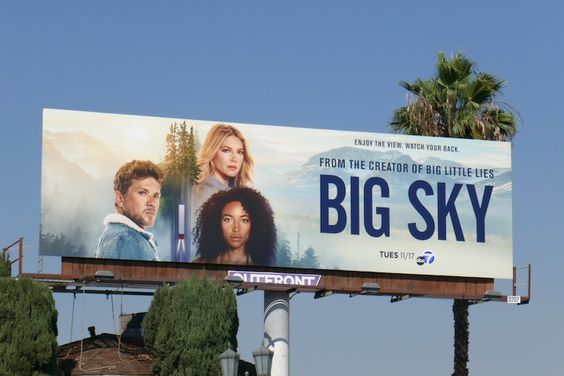 Their spouse is not a person but an object in their mind which is “squirming like a toad,” as the late great Jim Morrison once put it.

And how many spouses of sociopaths, we might ask, are unwittingly put in this terrible position?

They sense something is dreadfully wrong but go into a sort of extended period of denial to cope with the ordeal that their ‘bummer’ of a spouse has put them through.

After all, if they blow the psychopath’s cover, won’t they be under suspicion too? Also, they might lose that hallowed paycheck that their spouse brings in.

Big Sky deals with this quite well in Episode 6. For that and its somewhat improved acting and production values, I bump it up to 4 out of 5 stars.