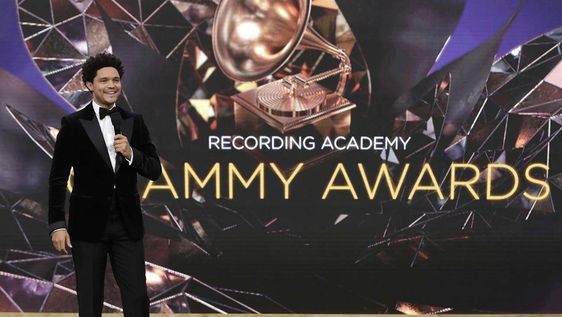 I suppose I shouldn’t talk about something I didn’t see. That’s like giving a book review or interviewing an author on TV without having read their book. And nobody does that, right?

I knew the GRAMMYs were coming and felt some anticipation for a day or so. But when the actual Sunday came around, I found myself occupied with other things and just had this negative feeling growing about spending time watching them. Then I forgot. About halfway through the show I remembered and switched it on for a very brief moment.

What I saw confirmed my instinct.

Basically, I saw lot of bums being waved in the air and human beings behaving like dogs. Actually worse than dogs. Back in the day when you didn’t have to put your dogs on a leash, I saw dogs having sex that were far more dignified than the vulgar and cheap display I saw for that brief moment I switched on the GRAMMYs.

And brief it was.

I actually go back and forth about how I feel about some pop stars. I never liked tattoos. Call me backward or old-fashioned. I just think they are ugly. Mind you, I’m not a huge fan of makeup either. I think the human being is beautiful just the way it is. But that’s me. I respect freedom of choice.

And I would never want to ban something like the crap I saw at the GRAMMYs. If that’s where people are at, well, they might as well have some outlet…