Source: Arctic was once lush and green, and could be again, new research shows 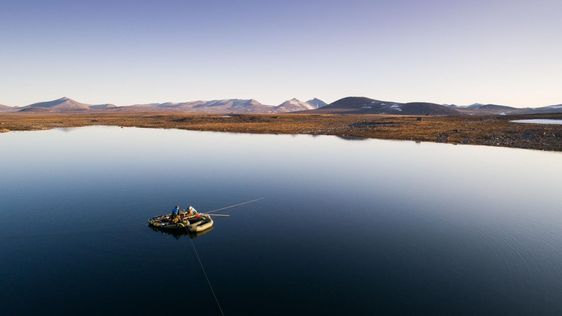 It is surprising to see a positive take on global warming with all sorts of alarming scenarios out there about the so-called climate crisis.

I do not deny global warming. However, I do question what it could mean for humanity, other species, and the Earth as a whole.

If I remember right Vladimir Putin, who rules a good chunk of the Northern Hemisphere, is not overly concerned about global warming. This stands in stark contrast to Mr. Trudeau who in Canada has already imposed a carbon tax on Canadians. This carbon tax escalates at regular intervals making the price of energy based on fossil fuels exceedingly high when it need not be.

This hurts not only consumers but also businesses as the negative effects ripple through the economy, driving up corporate and transportation costs, leading to higher prices for goods and services, all of which puts a damper on consumer spending and dilutes the standard of living. The bottom line is more money for Mr. Trudeau’s Liberals (assuming that’s where our tax dollars actually go…)¹ and less value and opportunity for the average Canadian.

The absurdity of Mr. Trudeau’s carbon tax is that Canada’s emissions are nowhere near as great as say China or the United States. When we look at our meager population of about 38 million it seems entirely unwarranted to tax Canadians on carbon.

Is a Band-Aid solution really going to make a global difference? Or is the carbon tax just another Liberal cash-grab?

¹ For those who still believe organized crime and so-called ‘legitimate’ social institutions are altogether separate, it’s time to get your head out of the sand. “Without corruption, organized crime groups would find it difficult to exist. The efforts of organized crime members to corrupt police, judges, politicians, lawyers, and government and civilian officials are arguably more harmful to society than any other organized crime activity.” » Source: The Canadian Encyclopedia