Relations between the world powers are at risk after the US president called his Russian counterpart a ‘killer’. 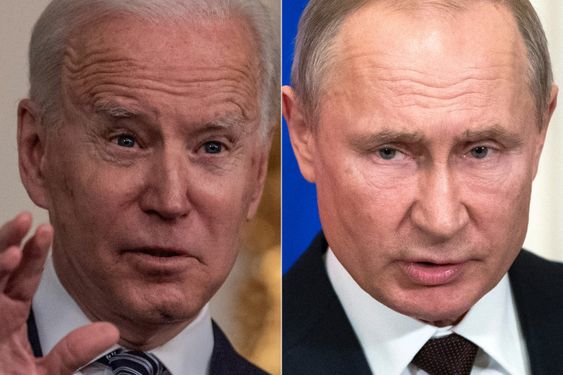 Lesson One in Conflict Resolution:

Do not insult your adversary because that almost always escalates hostilities.

That is just a general rule, of course. Every situation differs. But on the whole, people do not like being insulted and get angry and want to “hit back” when they are insulted.

Former President Trump knew this. And I think he was widely misunderstood when he appeared friendly with known authoritarians. People cried out in horror, “Trump is being NICE to so and so!” But if they stopped to think for a moment, instead of reacting with all their accumulated dislike for the former president, they might have seen some very clever masquerading going on with Trump.

Get the authoritarians to like you, to back you, and you can do wonders. You might even prevent a Third World War.

Isn’t making a few compromises better than all-out hostilities? Isn’t that what politics – and life in general – is all about when you get right down to it?

The depth psychiatrist Carl Jung argued that we all use personas, that is masks (not Covid masks), to ease social interactions. Social masks are not necessarily bad. If we’re honest with ourselves, we will realize we all use them much of the time when dealing with others, especially with difficult others.

However, Biden and his team seem totally out to lunch on this.

And that’s sad, because it appears we have a distracted puppet at the head of the free world. Fox News recently compared Biden to a “Late Soviet” leader, Leonid Brezhnev, who became more and more like a windup doll than a true leader toward the end of his stagnant and authoritarian communist regime.

Tucker: Biden tells America to listen and obey in 'bizarre' speech | https://t.co/VAQv0XvXyT – A bit of a backtrack but using this in a blog post… and it's the easiest way to embed.

But I’m reminded of something else. There’s an old Star Trek TOS episode where the “leader” of a Nazi organization on a parallel Earth is doped and propped up before a mic on live TV. Sometimes Biden’s performance on TV reminds me a bit of that.

Not to equate Biden and his team with the Nazis or for that matter, to fictional ‘parallel Earth’ Nazis as depicted in Star Trek. But the dynamics of power seem similar, even while the related messages and practices of power obviously differ.