AstraZeneca will release the most up-to-date results from its latest COVID-19 vaccine trial within 48 hours after U.S. health officials publicly criticised the drugmaker for using outdated information in a press release earlier this week. AstraZeneca said results published on Monday were based on an interim analysis of data through Feb. 17. The company said on Tuesday it would “immediately engage” with the independent panel monitoring the trial to share its primary analysis using the most up-to-date efficacy data. 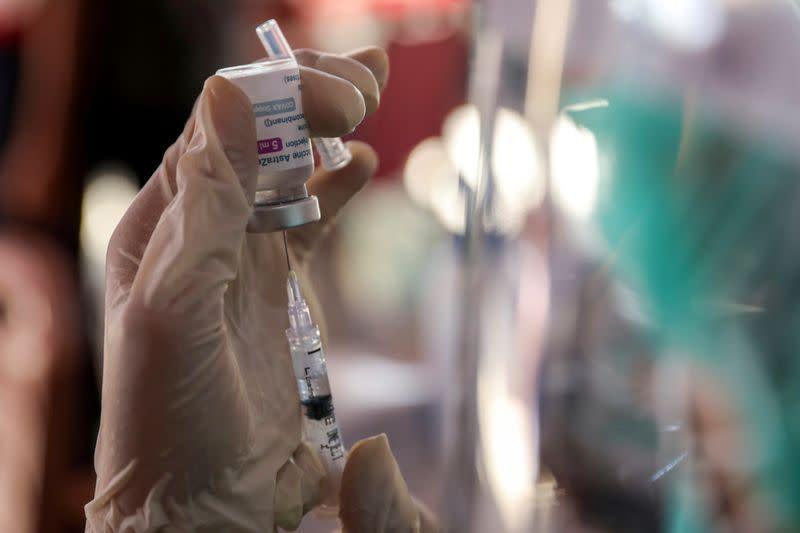 Last weekend we had a televised virtual memorial for all the people who had died due to Covid complications over the past year. The mayor lit candles and despite the bland setting of Toronto City Hall’s concrete courtyard, it was a nice remembrance, replete with a beautifully sung rendition of ‘Amazing Grace.’

I couldn’t help but think a church would have been more appropriate. But then again no. Not in this day and age where secularism and multiculturalism are the norm. So the raw concrete of City Hall was the new church.

And that’s okay. As Covid has kept me away from my church, I am even more aware of how any religious system has both pros and cons. Last night I actually dreamed that I was in a Catholic church but kept far away at the back so as to not get Covid. And then in my dream, I realized just being there could be unsafe, as the air could be thick with the virus. But the Catholics seemed oblivious to that.

Also being interested in science – and the political side of science – I have been thinking about the government and media’s seesaw coverage of AstraZeneca.

And every time the politicians and media parrot these claims, they say it with equal ‘conviction’ as the last time—even if they are saying the direct opposite of what they just said a day earlier.

For many years I have been talking about science as a human enterprise. By that, I mean that we cannot divorce science from the human beings who devise, publicize and profit from it.

It’s simple sociology. Science is not God. It is a biased approach to life.

We would be wise to be attentive to the pros and cons in both religion and science.

To me, this is painfully obvious. But to some others, well, they seem to have naive, conflicted views about those truth claims they will uncritically accept and those they will not.

Will humanity ever become an intellectually integrated species?

Maybe in a strange way, this Covid ordeal might contribute to that. It has laid bare the strengths and weaknesses of both science and religion, which otherwise might have remained unexamined.

One thought on “AstraZeneca to issue trial update after U.S. criticism over data | Opinion: Dreams and Reality”