Canada’s National Advisory Committee on Immunization (NACI) is recommending provinces pause the use of the AstraZeneca-Oxford COVID-19 vaccine on those under the age of 55 because of safety concerns — guidance most provinces said today that they would follow. 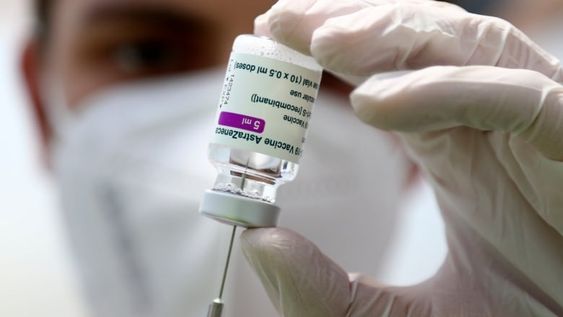 Here we go again. First, it wasn’t safe. Then Trudeau said on TV with great conviction that AstraZeneca is safe and most of his underlings in the news and media parroted the claim, saying we should not be concerned about WHAT vaccine we are getting. No, we should simply be concerned about getting THE vaccine.

What a whitewash that is.

That’s like saying, go out marry ANY person. Who cares about compatibility or background checks!

It’s actually worse than that because at least with a lousy marriage you can get a divorce. But with a mismatched brand of vaccine, you might literally die.

Why do they call it THE VACCINE when there are several vaccines that each work differently?

Well, obviously our leaders and officials are frantic. They’re tired. And I do believe they are doing what they think is best.

But Trudeau’s b.s. authoritarianism masked with a sugary coating of paternalism will never help Canada nor Canadians.

If he and his team were more on the ball, we would be producing a preferred vaccine right here in Canada, and we would not be miles behind the US in terms of getting people vaccinated ASAP with those preferred vaccines.

But it’s Trudeau. And he’s hopeless.

At least, he is in this area. I’m sure he was a great camp counselor, which would probably still be his job if his father were not PM before him.

Mind you, since his father founded the camp he worked at, he might not even have got that job without his top-level connections.