Look Mom! No Hands! – A reflection for Easter Monday 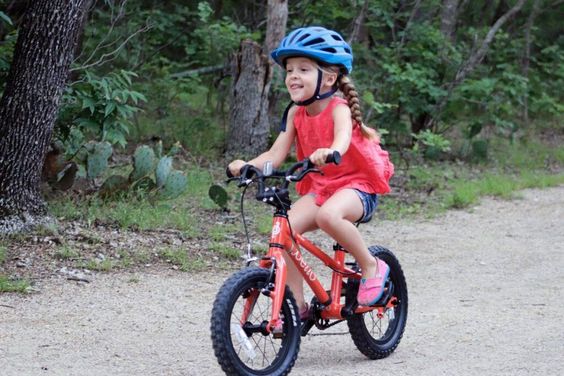 Looking over two Catholic-themed stories this morning I thought I might talk about my own experience with the Catholic Church.

The first story we see immediately below is about how the Pope, most likely following scores of advisors, gives us more carefully worded statements about the role of the Virgin Mary in salvation. In a nutshell, we hear the familiar refrain that she is the Queen of all Saints but not a co-redeemer.

This claim comes within a complicated theological and political context. Some within and without the Catholic Church wish to elevate Mary’s status further while others say that Catholics have elevated her too much. Now I am not saying that what the Pope is saying is wrong. But I do find the sociological context interesting.

Over the years I have come to not only consciously experience grace but to be able to discern different types or qualities of graces. Call me a mystic if you like. I don’t really care what it’s called. I just know what I experience. It’s not an endorphin rush or a drug-induced high. The experience of grace is a totally different phenomenon. And yes, I do experience graces which I identify as coming from Mary and others with Christ. They are both clean and Christian but differ. It’s hard to come up with an analogy to further illustrate this because spiritual perception is quite inward. And obviously, not everyone is aware of it.

This second story about the Vatican finances got me thinking about all the crud and corruption in the Catholic Church.

By “crud” I’m talking about excessive worldliness and sexual perversions and coercions. And by corruption, well, if you don’t know, there’s no point in my elaborating.

Before the pandemic, I sometimes thought it might be interesting if the entire Church went bankrupt and some of the gravy train hypocrites were forced to deal with money like the rest of us. I don’t think that is happening but I do think some clergy got a bit of a scare, which might make them a touch more realistic and empathetic toward those who do not get what I call “magic money” whenever they need it to maintain their current standard of living.

So today I’m thinking a church is like a kid’s bike with training wheels. Some of us need that structure, or aspects of that structure, for a while to get going in a new spiritual direction. That certainly was the case with me, after getting lost in what became the deep spiritual molasses – or perhaps morass would be a better word – of some non-Christian beliefs.

However, even at the beginning of my conversion to Catholicism, I perceived limitations and problems. So it wasn’t a perfect solution. But it was better than where I was before. So I stuck with it, trying to come to grips with, as I say above, the crud and corruption that always detracted from or was a concomitant irritant with the wonderful spirituality I also felt within that path.

Is life ever simple or entirely carefree?

When the pandemic hit it took me quite a while to adjust without being able to go to Mass to feel better. I particularly liked the mid-week Mass because it was more contemplative and most parishes were not scooping up money. That’s usually only on Sundays, except for St. Michael’s Cathedral which scooped up cash every day to help fund its reportedly $128 million renovation.

And now, a year after the beginning of the end of my churchgoing days, I still pray to the same figures and use much the same imagery in my devotional life. But it’s like I’ve stripped away a lot of the superfluous stuff and kept the essentials.

So I still consider myself a Catholic, but certainly not in the way some of the bankers, rule-freaks, and the worldwide Catholic family would see it.

Basically, the proverbial training wheels are off and I’m riding through life under the supervision and guidance of a higher power.

It’s both challenging and liberating but far better than dealing with the petty worldliness and bad vibes so many folks seem to get caught up with.