Warning – If you don’t know the history, this definitely contains spoilers! 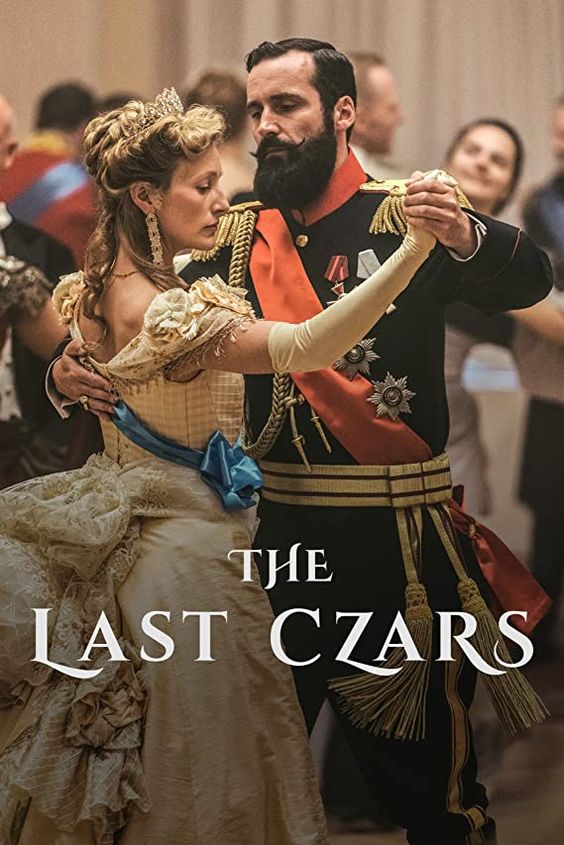 I just finished watching The Last Czars.  My last review only went up to the midpoint of Episode 4.

Soon after resuming, there was an interesting segment, just before the death of Rasputin, where insiders are urging Czarina Alexandra to make the right decision to save her country while her husband is far away with the military.

Her advisers want her to get rid of Rasputin ASAP to calm the revolutionary masses. The people, you see, were believing in all sorts of scandalous rumors about Rasputin and Czarina Alexandra having a sexual relationship, which according to the series, were not true.

But gossip, misinformation, and belief are often more powerful than truth. And this mud throwing, exacerbated by the press, pamphlets, and cartoons, only creates more social unrest and shame for the Romanovs (shame because they are indeed lousy, selfish, and heartless rulers). So the remainder of the royal family and its upper echelons want to manage things so as to maintain the Czar’s status as an allegedly providential ruler.

Unfortunately, Alexandra is living inside an eggshell of fantasy and doesn’t listen to her advisors. “The people will come to their senses,” she says, as the masses are pounding on the palace gates.

Little does Alexandra know her chimerical shell is about to crack wide open.

Rasputin has recently come to a bad end and the story turns to the increased oppression of the Bolshevik revolutionaries against the royal family. Instead of just killing the royal family right off, the head honcho, Vladimir Lenin, knows that an outright execution would be a public relations disaster. Lenin, like Hitler who would come later in Germany, was acutely aware of the positive or negative power of ideology. So he puts the royals under house arrest.

Actually, they are imprisoned in several successive estates, each one smaller and more oppressive than the last, which is given the ominous name “The House of Special Purpose.” According to the docudrama, the Bolsheviks have devised a crafty plan to “legitimize” the execution of the royals. They send fake letters through a servant arranging an ‘escape’ from an anonymous but ‘loyal’ military man. Lenin knows that any attempted escape would be enough to legitimize executing the Czar and his wife. So the royals gain a bit of false hope, thinking they might survive the surrounding madness.

But it’s all a sham, orchestrated by the Bolsheviks.

The fateful moment comes around 2 a.m. when guards enter their chambers with news that counterrevolutionaries are drawing near and the resultant violence of civil war might place the royals in danger. They are told a phony story, again according to the docudrama, that their transport to safety is arriving soon and the family should wait in the cellar.

While the family awaits its deliverance, the Bolshevik heavies come in again and curtly read the horrid news. The Bolsheviks have ordered their execution. And so ends the story with cold-blooded violence.

Netflix clearly has interpreted this account and emphasized some uncertain historical aspects to increase the drama. I think that’s mostly okay as long as we read Wikipedia afterward. Netflix isn’t a university and university lecturers can be dull as dishwater—or worse.

The point of any historical recreation is to get the feel for what happened. And I think this series does a good job. Overall The Last Czars received just under 3 stars in the in-house ratings. Myself, I would give it at least 3.5 maybe even 3.75 out of 5.

Not quite stellar but definitely worth watching.

If we can learn anything from this, it is to stop a tyrant before their “slow squeeze” literally squeezes the life out of us or our country.

One thought on “The Slow Squeeze – How tyrants and their stooges actually work – The Last Czars, Conclusion”