Inspired by a real-life political scandal, “Suburra: Blood on Rome” features a fight over development land in a coastal town near Rome. The church, political figures, members of organized crime, local gangs and real estate developers all collide in the battle, with the lines between the legal and the illicit being blurred. The various entities involved are all on a quest for power, but not everyone can achieve that goal. The series is based on a book of the same name.
. 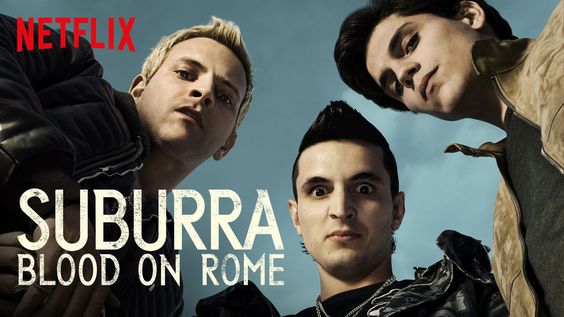 Here’s a drama for anyone who prefers truth over all the syrupy headlines that deflect the omnipresent reality of corruption. I particularly like this series because it doesn’t isolate organized crime to gambling, petty heists, and the garbage racket, as we see with The Sopranos. Rather, Suburra more realistically shows how organized crime penetrates church, law enforcement, and politics in Rome. And it’s based on actual events.

Now, it’s easy for some naive observers to say this only happens in Rome but the facts speak otherwise.

Without corruption, organized crime groups would find it difficult to exist. The efforts of organized crime members to corrupt police, judges, politicians, lawyers, and government and civilian officials are arguably more harmful to society than any other organized crime activity. Source

Suburra is like taking a free trip to Italy, well, not quite free. One does have to pay their streaming and internet fees. But the views of the city and surrounding area are outstanding. Both day and night shots and a compelling soundtrack pull the viewer into this ancient and modern world almost as if they were really there. At least, that’s how I feel watching this.

My only stop at Rome was at an airport. I was young, green and the armed guards at the door sorta scared me so I didn’t even try to explore the city while waiting for my flight. All I saw was a vending machine and a nun praying the rosary as we waited several hours to depart. But I could feel the saltiness of Rome.

Feeling things out with your soul is one thing, seeing with your eyes is another. I was so close to touring The Eternal City that years later I regretted not seeing the sights. And this TV series certainly helps. It’s like payback for what I missed.

Suburra has a tightly woven plot that moves at a good pace and actors that range from cool, funny, sexy, silly to scary. One guy reminds me of a freaked-out Billy Idol if you can imagine someone more freaked out than Billy Idol!

Watching the English dubbed version (the dialog is mostly in Italian), it’s hard to comment on the acting. I can only rate a visual performance. Things like vocal timing and tone in reciting lines cannot be evaluated with dubs. But I did compare the dub to the original Italian and the sound of the voices is pretty close. I mean, we don’t have a British-sounding guy dubbing over an Italian character!

No, it mostly comes off as Italians speaking English, so even though I’m hearing dubs, Suburra is quite watchable. I actually like dubs because, in a funny way, they add to that international experience that I crave these days.