“It’s safe” the politicians repeatedly tell us. Several have even publicly got the AstraZeneca shot as if that makes it safer, statistically speaking. It does not, of course. And just because so and so got it does not mean I want to get it.

The odds of 1 in 100,000 for blot clots with AstraZeneca are not good odds. If I had that chance of winning a lottery jackpot, I’d probably buy tickets fairly often. 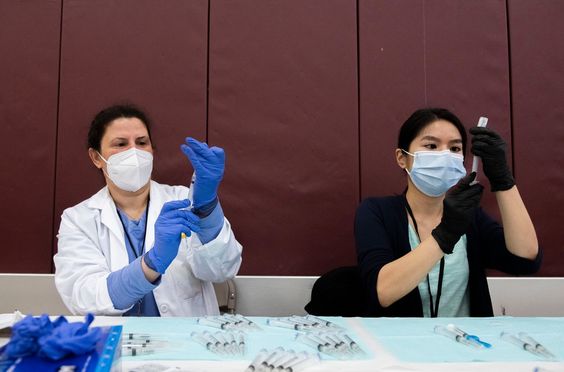 I understand that the ICUs are filling up and that elective surgeries have been postponed. That is a terrible situation.

However, the politicians want us to play the odds instead of think for ourselves.

I myself only shop once every two weeks and do so at about 2 a.m. to 3 a.m. in the morning. When I return I wash my hands, throw my clothes in the washing machine, and take a long shower, washing my hair with lots of shampoo.

I think if everyone took this kind of ‘smart’ approach, the numbers would be much lower. But they don’t. So why should I gamble with a crummy vaccine for the carelessness of others?

It’s like an insurance company. They want you to buy insurance because on the whole, they make money out of it. They play on your fears, and we all fall for it. In many cases, say with car insurance, we have no choice. We must buy into it.

And guess what? The good drivers pay for the lousy drivers.

It is the same kind of rationale with vaccines. The government wants the smart, careful people who have made real sacrifices to pay for the careless dullards who do not take proper precautions.

Well, I might agree with buying insurance but when it comes to life and death, I must make my own informed choices.

One possible outcome of blood clots is not just death but also serious brain damage. When I lived in India I went into another phenomenological world that made it difficult for me to get by in Canada. Only by converting to Catholicism and eating better, more balanced meals, did my mental focus return. It took a while and I don’t ever want to lose that focus again.

I can’t imagine living a life always feeling spaced out and not being fully present in the here and now.

If you’ve lost something once and regained it, you never want to lose it again.

And that’s one reason, I suppose, why I decline the AstraZeneca for now.

As far as I know, we don’t get Johnson and Johnson in Canada yet, but my feeling is that all of these vaccines were rushed and taking them poses more risk than say, a flu shot, which presents much better odds for safety.

Statistically speaking, at least two vaccines are not too safe, despite what the politicians say or do.

And no amount of political and media b.s. will change that fact.