Sairam Sagiraju’s documentary — Who is Baul? — delves into the centuries-old philosophy of Bengal’s wandering musical mystics 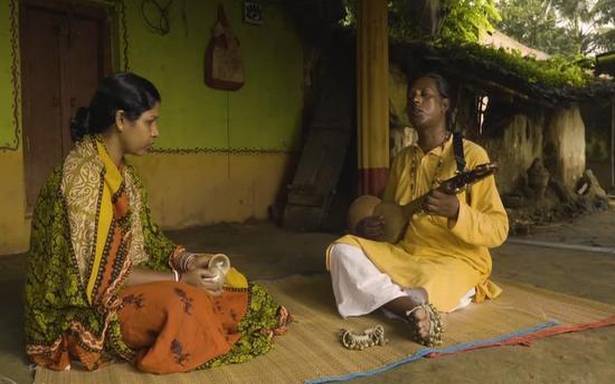 Source: ‘Who is Baul?’ delves into the philosophy of Bengal’s musical mystics – The Hindu

This story caught my eye because I lived in West Bengal and saw and heard many Bauls. They sang in trains, at fairs, and were generally accepted and respected within the greater culture. I even wrote a short Think Free entry about them here, and their mention comes up in a few other entries at Think Free.

The thing I didn’t mention at Think Free is that they are great musicians. Probably part of the reason why nobody objects to their sometimes loud music is that they’re not kids with a jam box or loud car stereo trying to exalt themselves — Hey sucka, I’m meaner and cooler than you! No, they’re on a humble path to salvation as they see it, and their sincerity rings through.

At least, that’s how it was in the late 80s to early 90s. Here’s a photo of mine taken at a mela (fair), unfortunately scanned with a $50 scanner before I bought a better one.

Probably one reason I liked India back in the 80s was that in some ways, the people were less hung up than Westerners. Of course, many Indians seemed hung up about other things like sexuality and women’s rights back then.

These days, I can’t say. It seems some elements have changed for the better while, on the downside, religious intolerance has skyrocketed.